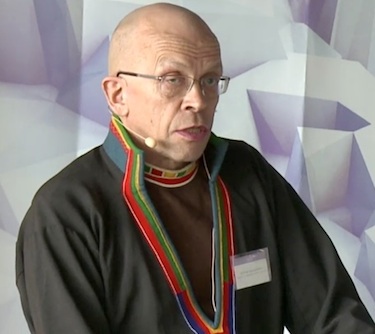 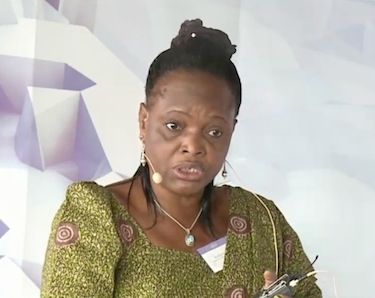 Oil companies will take you for a bad ride, a Nigerian activist said May 12 at a gathering in Kiruna, Sweden called the Kiruna Indigenous Peoples Conference.

Avoid oil company representatives because they come in a crafty manner and then impose their industry on you, said Alice Ukoko, founder and chief executive officer of an organization called Women of Africa.

The two-day gathering, sponsored and webcast by Greenpeace, started May 11 — three days before Leona Aglukkaq, Canada’s minister responsible for the Arctic Council and key ministers from Arctic Council member states, are set to arrive in the northern Swedish town for their May 15 ministerial meeting.

“We have been sacrificed to supply the demands to supply oil to the world,” Ukoko said in her presentation on “the tragedies of oil richness in a world driven by oil consumption: the case of the Niger Delta,” an oil-rich region plagued by pollution, corruption, and human rights violations.

Ukoko, who in 1994 founded the organization called Women of Africa, to end the military dictatorship that still ruled Nigeria, listed the social and environmental disasters that oil companies have brought to her country: a land crossed with aging oil pipelines that leak and cause fires, a polluted landscape and a corrupt government.

“We can’t fight them,” she said, saying her people don’t have the resources.

If not, the future may end up like that of the indigenous peoples of the Pechora region in Russia, said another panelist, Valentina Semyashkina, from Save the Pechora, who spoke about pollution in the Komi Republic in northeastern Siberia that is so bad it has killed 90 per cent of the fish stocks.

Among the other suggestions for Arctic peoples whose home regions have increasingly attracted the attention of oil companies is to nail down occupancy to your traditional lands.

Bill Erasmus, grand chief of the Dene Nation in the Northwest Territories and international vice-chair of the Arctic Athabaskan Council, suggested that indigenous Arctic peoples work towards legally establishing possession to their lands and resources before someone else takes them.

That’s despite the existence of a guide on indigenous peoples and mining, which lays out practical steps for companies to ensure best practices are followed, and models for agreements between mining companies and indigenous communities.

Based on informed consent in mining and development, these are often ignored by companies who are sanctioned by states to exploit resources, the conference heard.

Its scientific reports are “wonderful masterpieces,” he said, but he also said the council needs to be tougher on other issues.

Another panelist said the council — set to release an internationally binding agreement on oil spill response — has only been interested in regulating, not limiting, development.

But that provoked audience member Rosemarie Kuptana, who once held the presidency of Inuit Circumpolar Council and Inuit Tapiriit Kanatami, to say many Inuit want to exercise their right to benefit from energy development because “our traditional economy is gone — which was fur.”

“We wish to participate in the economies that other peoples enjoy,” Kuptana said.

Greenpeace’s animal rights activism ignored the rights of Inuit in the Canadian Arctic and led to more social problems like suicide, she said.

Greenpeace’s sponsorship of the conference also came under similar criticism when another member of the audience questioned why Greenpeace would host such a conference when they had contributed so much to the destruction of the indigenous sealing economy.

Jon Burgwald, an Arctic campaigner for Greenpeace, admitted the organization is “not popular” in Greenland, where he spends a lot of time.

But he said Greenpeace has changed: it fully supports indigenous rights and right to subsistence harvest and is not even anti-development.

In a Greenpeace news release on the conference, Erasmus said “people are worried about the land, regardless of their backgrounds or professions, and people are getting together because of their concern.”

Erasmus said he plans to take this message to the Arctic Council ministerial May 15. 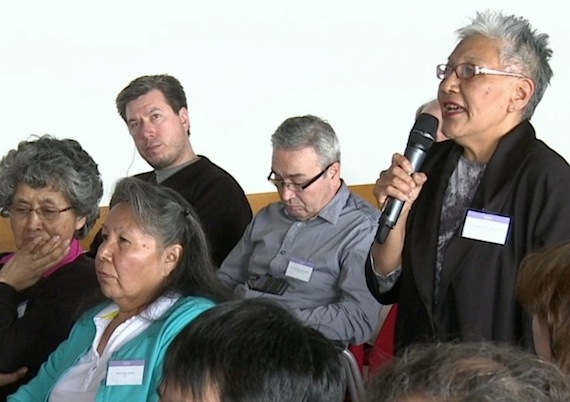 Rosemarie Kuptana, who once held the presidency of Inuit Circumpolar Council and Inuit Tapiriit Kanatami, says many Inuit want to exercise their right to benefit from energy development. (HARVESTED IMAGE)