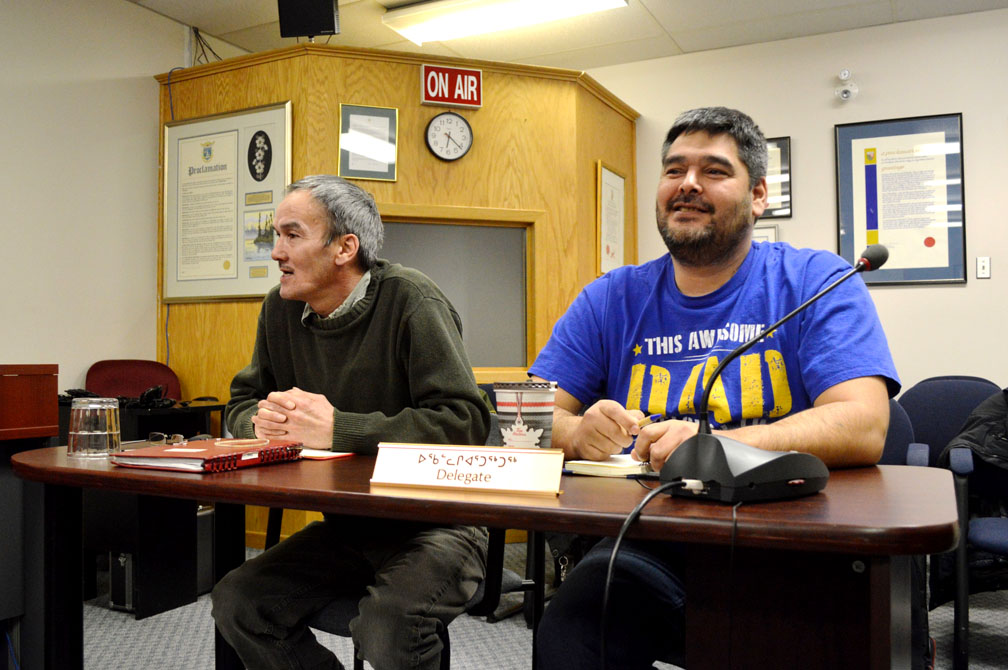 Organizers responsible for this year’s Toonik Tyme festival said during a preliminary update given to the City of Iqaluit’s recreation committee Jan. 25 that they’re learning from the past as they work towards releasing an events schedule.

“We’re very cognizant of certain issues and we’re looking at what we’ve learnt over the years,” said Adamee Itorcheak, the secretary/treasurer for “123 GO!,” a new non-profit association created to manage this year’s Toonik Tyme.

Since the marquee 50th anniversary celebrations in 2015, Iqaluit’s spring festival has struggled to put on a full schedule.

That culminated in 2017, when the former Toonik Tyme Society president, Travis Cooper, largely organized the festival himself, after many of the group’s board positions went unfilled and the association’s finances fell into poor standing.

The 123 GO! delegation said their group will serve as a “fresh start.”

But they added that the same hurdles remain from previous years, including volunteer burnout and a lack of participation by Iqaluit’s business community.

“We want as much of the community to take part in these events as possible,” said the group’s vice-president, former city councillor Gideonie Joamie.

The group’s other members, who were not present at the evening meeting, include Matthew Alainga, Jimmy Noble Jr. and association president—and 2016 honorary Toonik—Pitseolak Alainga.

Joamie said this year’s festival will be streamlined into days of uninterrupted activities, with the bulk of events taking place from April 12 to April 15.

The following weekend will be held in reserve for events cancelled due to weather.

But the group says they still hope volunteers put their names forward, and told the committee they were disappointed by the lack of attendance at a public consultation held Jan. 17 at Iqaluit’s soup kitchen.

As an incentive, Joamie said the association is looking into organizing a volunteer appreciation event exclusively for volunteers after the festival winds down, along with issuing collectible shirts, logos and pins.

“It’s always said there’s volunteer burnout, and we want to be able to show them a night to themselves,” Joamie said.

While the event schedule has yet to be decided, the group said they want to refocus Toonik Tyme toward more traditional events like the seal hunt, which has not been held since hunter Sandy Oolayou died during the competition in 2015.

New satellite tracking systems contracted by the group will allow both hunters and snowmobilers to be safely monitored during the Kimmirut race and seal hunt, Itorcheak said.

A contest for Iqaluit schoolchildren to design the Toonik Tyme 2018 logo will also return this year, with a submission deadline of Feb. 2.

The group said they are also working on a lineup for at least two nights of music, highlighting northern talent.

No Toonik Tyme events will be held this year in any liquor establishment, Joamie clarified, to accommodate families.

“Its great to hear that we’re getting back to where we started,” said recreation committee member Coun. Noah Papatsie.

The group will appear as delegates during a later city council meeting to officially request that April 13 be designated a civic holiday. That motion is expected to pass.

The City of Iqaluit passed a letter of support for the organizers during their last meeting on Jan. 23.

The group is asking all Iqalungmiut interesting in volunteering, or with a suggestion for an event, to email organizers at tooniktyme@gmail.com.