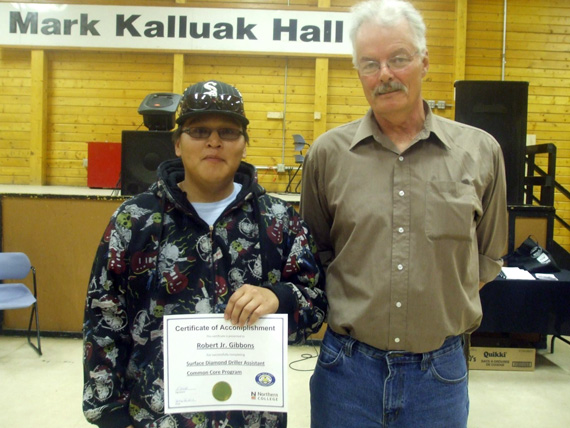 Ground and aerial searches are now underway in the area around Arviat to find two men who’ve been missing for more than 24 hours.

On May 12, Arviat RCMP received a report of two overdue travellers who left Arviat May 10 for the Maguse Lake area, roughly 100 kilometres northwest of the community.

One of the men is a 59-year-old Rob Hood, is a drilling instructor from Northern College in Ontario. The other man is his 23-year-old past student and Arviat resident, Robert Gibbons, who police say is familiar with the region.

The men were said to be travelling on a black and yellow snowmobile without sufficient supplies.

Ground search crews were sent out May 12 to help locate them, while an aerial search began May 13. Search crews say they have roughly 50 cabins to check.

But the RCMP are also asking for the public’s help.

Because many Arviammiut were out on the land participating in the annual fishing derby over the weekend, police are encouraging anyone who saw the men to contact the Arviat RCMP detachment at 867-857-0123.