GN sets quota for 250, males only; minister suggests none for North Baffin 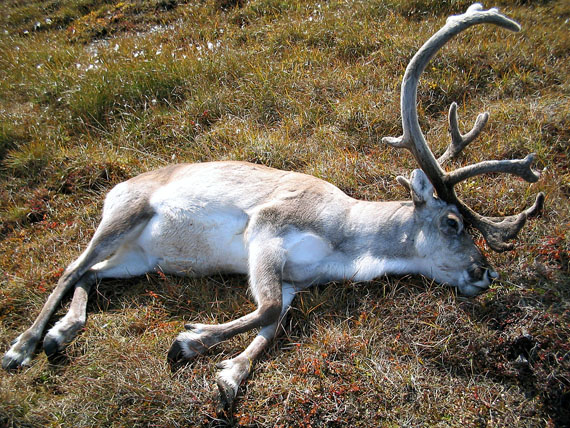 Based on results from an upcoming fall Baffin Island caribou population survey, the Government of Nunavut’s environment department will decide whether to maintain the small harvesting quota and what other measures might be required to sustain Baffin caribou into the future. (FILE PHOTO)

The Government of Nunavut has lifted a moratorium on caribou hunting on Baffin Island and replaced it with a modest harvest, effective immediately.

Minister of Environment Johnny Mike announced in an Aug. 26 news release that hunters on Baffin may legally harvest up to 250 male caribou this year.

The Qikiqtaaluk Wildlife Board will be responsible for determining how the quota is divvied up between community hunters and trappers organizations, the news release said, but Mike added that extremely low caribou numbers in North Baffin should influence the QWB’s allocation plan.

“Any harvest there may create conservation concerns,” Mike said, about North Baffin. “We are strongly suggesting to the QWB that they allocate the harvest so that most, if not all, harvesting takes place in Central and South Baffin.”

Baffin Island hunters have been prohibited from harvesting caribou since Jan. 1, 2015 in response to animal surveys and Inuit hunter observations indicating caribou herds were disappearing.

This fall, the GN’s environment department will conduct another survey “to provide even more updated information on the female to calf ratio, which is an indicator of overall productivity,” the news release said. Results should be available by late fall.

Once the numbers are in and the data analyzed, the GN will decide whether to continue allowing a small number of male caribou to be harvested and whether “other management actions” may be necessary to sustain Baffin Island’s caribou population.

“Caribou are an essential food source for many families and decisions like this must maintain a fine balance between our peoples’ needs and wildlife protection, with continued vigilance in monitoring and re-evaluation of the situation,” Mike said in the news release.

At March 2015 public meetings in Iqaluit, hosted by the Nunavut Wildlife Management Board, various groups called for a modest harvest including the QWB which, at the time, suggested a quota of 60 bull caribou.

Nunavut Tunngavik Inc. supported that small quota and said it should be allotted only to Inuit.

The last comprehensive GN survey of Baffin caribou unfolded from Feb. 26 to March 21, 2014, and cost the government about $1 million.

Drikus Gissing, director of wildlife management for the environment department, said at the time that the Baffin caribou population had been decimated and called it the biggest conservation issue facing Nunavut today.

He said surveyors were hard pressed to find any caribou at all in North Baffin.

While some blamed the low numbers on over-harvesting, Gissing said it is just a natural boom-bust cycle for caribou populations to grow large, contract and then rebound again.

Nonetheless, he suggested strict management measures were necessary to ensure that the population does have an opportunity to rebound.