“We’re trying to bring a community element to what we’re doing, not just a café” 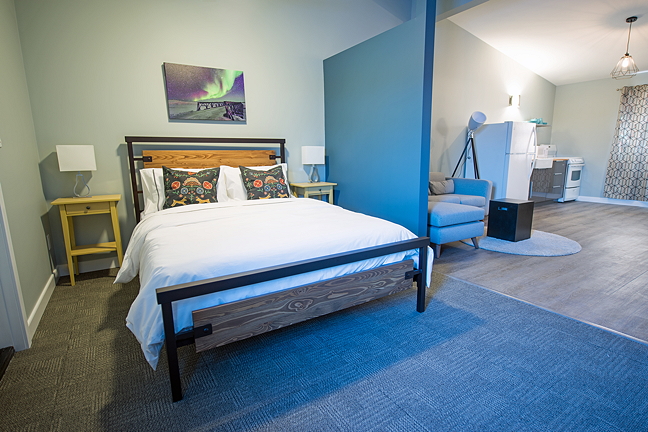 The Ublu Inn, upstairs from the Kuugaq Café in Cambridge Bay, has four suites upstairs and one downstairs. (PHOTO BY DENISE LEBLEU IMAGES) 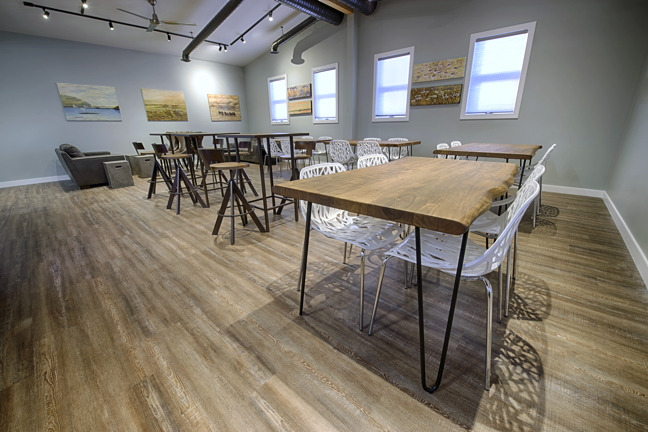 Customers have a choice of sitting at tables or on couches at the Kuugaq Café. (PHOTO BY DENISE LEBLEU IMAGES) 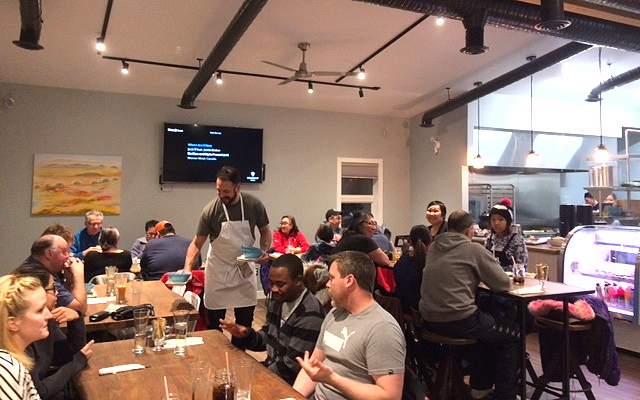 Well, perhaps not every day, because the menu changes, but the Kuugaq Café, launched by a pair of former Government of Nunavut employees in mid-February, is now offering healthy cuisine such as salads, sandwiches, smoothies and fresh baked goods to its growing customer base.

In fact, the kitchen doesn’t even have a deep fryer.

“We wanted to move away from that. We wanted our menu to be a bit less greasy and a bit more fresh and on the healthy side,” said Stuart Rostant, on speaker phone with Amanda Doiron recently at their Cambridge Bay office.

“But it’s a homemade burger,” says Amanda Doiron,” which is not something processed and flown in.”

“Having said that, not everyone’s taste buds are open for quinoa salad,” said Rostant, as he and Doiron laughed. “Some people want to know, what the hell is this?”

Doiron and Rostant, who moved to Cambridge Bay in 2010 to work for the Department of Community and Government Services as project managers, are two of five local shareholders who run the Kuugaq Café.

Soon after they arrived in the Kitikmeot hub town, they saw a need for infrastructure as plans came together for the new Canadian High Arctic Research Centre and the hamlet of about 1,800 people got busier.

The $204-million CHARS, which will employ about 30 staff and serve as a hub for Arctic science in Canada, will become a magnet for visiting researchers so, using their backgrounds in architecture, the pair designed and built a four-plex in 2015, selling three units and keeping one for themselves to live in.

At that point, they’d left the GN to pursue their own commercial interests and that leap seems to be paying off.

With help from several local and territorial economic development organizations, they invested in a second project, a commercial building that houses the Kuugaq Café, the Ublu Inn and several offices.

The Ublu Inn has four rooms upstairs and one downstairs, and while they did rent the upstairs rooms during the Kitikmeot Trade Show in early February, they haven’t been actively promoting the inn just yet, preferring to concentrate on getting the café up and running.

They attribute the success to the fresh food options, the culinary expertise of Rostant’s sister, Helen Rostant, and the homey, comfortable atmosphere they’ve tried to establish with both tables and couches to sit at and local artworks on the walls for sale.

“Here in Cambridge Bay, there’s not many places to go and socialize so a lot of people end up going to each other’s houses and they always end up in the kitchen or around the table so we wanted the idea being a community kitchen,” Doiron said.

“You come in, you can see the staff, you can have conversation with them and it has that homey feel.”

They’ve also tried to make their food affordable. Lunch menu options range in price from $15 to $22 with sides or you can get a grab-and-go sandwich for around $10.

And it’s not all about the kale: their pulled pork poutine is very popular. You can see photos the café’s rotating menu options on their Facebook page here.

They also installed a special filter on their water tap so they can serve good quality drinking water without having to resort to ordering plastic bottles. They also have the only fountain soda machine in town, so you can also get your pop fix there—without the need for can recycling.

Kuugaq Café currently employs eight people, five of whom are Inuit. And that staff may soon grow.

On Sunday March 5, they hosted an open mic event for café customers and, according to Facebook videos, it appeared to be well attended.

“We’re trying to bring a community element to what we’re doing, not just a café,” Rostant said. “It’s more than just a place to come and eat.”

Doiron and Rostant want to thank the Nunavut Business Credit Corp., Kitikmeot Community Futures Inc., the Nunavut Development Corp. and the GN’s Economic Development and Tourism for supporting the café and inn. 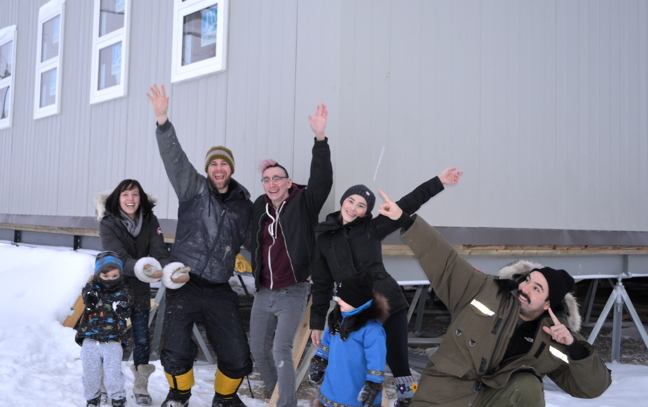