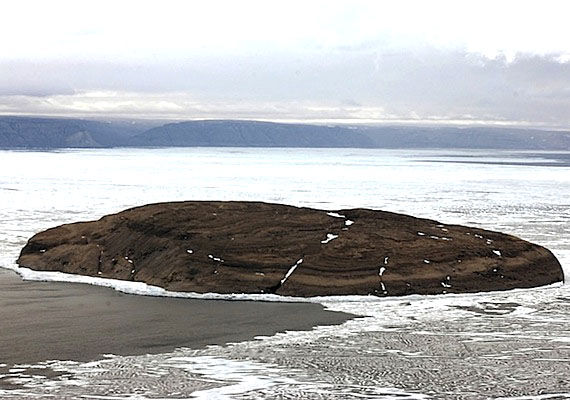 High-level negotiations are set to start next week on Hans Island, shown here, and other outstanding border issues between Denmark and Canada. (FILE PHOTO)

Talks about who owns Hans Island, the disputed 1.3 square-kilometre rock between Ellesmere Island and Greenland, will continue next week in Ottawa, says Greenland’s Sermitsiaq AG newspaper.

Among those issues on their discussion agenda: the boundary between Greenland and Canada.

Negotiations on that border are set to start next week in Canada, where Søvndal will meet with his Canadian counterpart, Foreign Affairs Minister John Baird, Sermitsiaq AG reports.

Søvndal said he looks forward to resolving the conflict around who owns Hans Island, Canada or Denmark.

“We are moving forward in a good process in these agreements. I’m going to Canada to get even further in these negotiations, but I think that it is too early to conclude the process. We’re not quite at the end of the road yet,” Sovndal said.

Two separate processes are underway, he said: one to determine on the offshore Arctic boundaries, the other to decide the ownership of Hans Island.

“These are two separate processes, but, of course, [they] affect each other in the way that when one succeeds well, then it plays over to the other,” Søvndal said.

The challenge is how to connect the 1.2-km gap in the existing maritime boundary across Hans Island.

That mapping decision made in 1973 left the competing claims unresolved.

An email from Foreign Affairs in Ottawa confirmed the visit by the Danish foreign minister, noting that “Canada and Denmark are cooperating in developing a mutually agreeable way forward with respect to Hans Island and have regular meetings in this regard.”

Hans Island has also been claimed by a third party, which calls itself the Government of Tartupaluk.

The government was founded in 2006 by Cavan van Ulft, an engineering student at Carleton University, who said that because the island wasn’t under the jurisdiction of international law, it remained free for the taking.

He declared himself “The Reigning Price of Tartupaluk” — the Greenlandic name for Hans Island — and announced full state sovereignty and independence for the new principality.

Tartupaluk’s website then included a constitution, charter of rights, details on the currency and the central bank, and even an online application for residency. Now you can find a logo for the Government or Tartupaluk, along with a telephone number and email contact, listed in English and syllabics.