Designers, architects and carvers team up for show 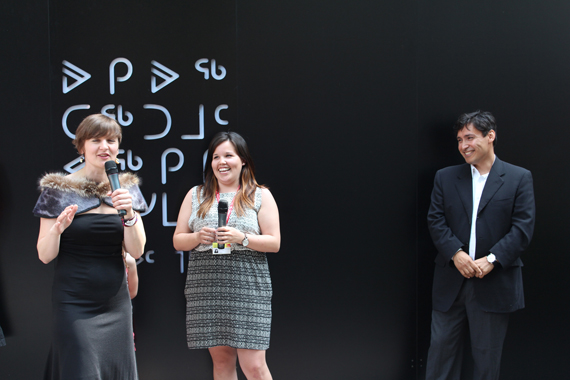 From left, Christine Lamothe, Ceporah Mearns and Kirt Ejesiak at the opening of the Nunavut/Canada Exhibition at the Venice Biennale in Italy last week. (PHOTO COURTESY OF KIRT EKESIAK) 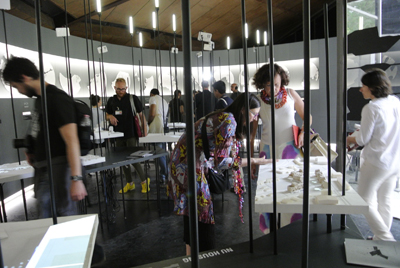 Visitors check out the Arctic Adaptations: Nunavut at 15 exhibit, which launched last week as part of the Venice Biennale in Italy. (PHOTO COURTESY OF KIRT EJESIAK)

The Venice Biennale has awarded Canada’s Arctic Adaptations as one of the top exhibits at the international architectural show.

As part of the project called Arctic Adaptations: Nunavut at 15, design teams from across Canada created Nunavut-specific designs, which appear on display at the renowned annual architectural show in Venice, Italy.

A handful of design teams made up of university architecture students, architects with expertise in Nunavut and the North, and Nunavut-based organizations, each focused on one of five themes in their design: health, housing, education, arts and recreation.

Arctic Adaptations also offers viewers miniature three-dimensional scale models of each Nunavut community and its terrain, with a photo accompanying the mini-town models.

The exhibit features photographs of Nunavut communities taken by amateur photographers, as well as soapstone carvings made by northern artists of famous and not-so-famous buildings in Nunavut.

The event’s jury awarded Arctic Adaptations a special mention June 7 for its “in-depth study of how modernity adapts to a unique climatic condition and a local minority culture.”

Arctic Adaptations remains on display at a show’s Canadian pavilion until November 2014. The exhibit will return to Canada in 2015.