Airline transferred from Norterra to direct ownership by Inuvialuit 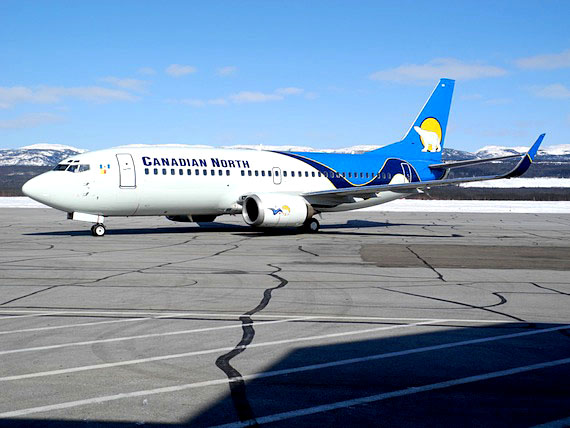 Now that ownership of Canadian North has been transferred from Norterra Inc. to the Inuvialuit Development Corp., the company is now free of “external debt” and is ready to grow and become more profitable, the IDC said in a statement last week. (FILE PHOTO)

Ownership of Canadian North has been transferred directly to the Inuvialuit Development Corp. from Norterra Inc., and the airline is now free of any financial entanglements created by the recent demise of its former sister company, Northern Transportation Co. Ltd., the IDC announced last week.

Norterra, a holding company owned 100 per cent by the IDC since 2014, had until now been the owner of Canadian North, NTCL and other companies.

But the assets of Canadian North and other Norterra firms had been put up to guarantee NTCL’s debt to its lenders, which included $71.9 million owed to a syndicate of three banks.

When NTCL applied for bankruptcy protection last year and was later dissolved, that raised questions about the potential financial impact of NTCL’s collapse the sister companies that guaranteed NTCL’s debt.

But all this has been resolved, and Canadian North and its sister firm, Weldco-Beales Manufacturing, have each been transferred to IDC.

“This transfer leaves both companies free from any external debt,” IDC said in a Feb. 24 release.

“This transaction enables IDC and its subsidiary organizations…. to move forward with a clear path to growth and continued profitability.”

IDC is the business arm of the Inuvialuit Regional Corp.

At the end of 2016, the Government of the Northwest Territories bought all of NTCL’s remaining assets for about $7.5 million, and is now seeking contractors to run a barge service along the Mackenzie River this year.

Canadian North has said all along that it’s “business as usual,” and the airline has rejigged its flight schedule in Nunavut, particularly throughout the Qikiqtani region.

The airline’s codeshare partner, First Air announced last fall its plans to pull out of the agreement, leaving both airlines back to operating solo as of May 17.

You can read about Canadian North’s new post-codeshare flight schedule for Nunavut here.