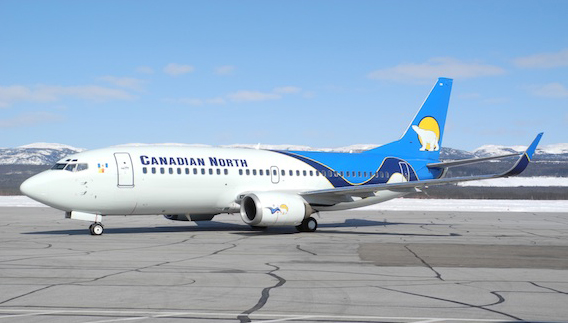 Canadian North will lower its baggage allowance next month, from two 70-pound bags to two bags at 50 pounds each. (FILE PHOTO)

Travellers on Canadian North flights won’t be able to stuff their suitcases quite as full come February 2014, when the airline plans to lower its free baggage allowances from two 70-pound bags to two bags at 50 pounds each.

Canadian North announced the change Jan. 2 on the company’s website — a change that will go into effect Feb. 1.

“Essentially the decision was made to balance between cargo, freight and passengers,” said Scott Weatherall, Canadian North’s communications manager.

Weatherall said the change will also allow for smoother connections for passengers transferring to and from different Canadian North aircraft as well as with different airlines.

“Most airlines in North America have now moved to 50 pounds per piece allowances,” Weatherall said.

The exception, of course, is First Air, which offers the only other jet service between Nunavut and the South.

When asked if the airline also plans to lower its baggage allowances from two free 70-pound bags, First Air spokesperson Kevin Kablutsiak said “not at the moment.”

Canadian North stands by the move, saying the change shouldn’t impact its customer base.

“I don’t think the majority of our customers will be affected by the change,” Weatherall said, adding that “our excess baggage fees remain good.”

Starting Feb. 1, Canadian North passengers with more than two 50-pound bags will pay $75 for an additional bag. Passengers can pay for three excess bags; beyond that, luggage is considered as cargo.

But some of the airline’s long-time customers in Nunavut, who rely on shopping trips south, said they feel let down by the change.

One said she would consider changing airlines.

“I’ve always preferred Canadian North,” said Iqaluit resident Danielle Lepage, who makes several trips to Montreal each year, via the airline’s Iqaluit-Ottawa route, to stock up on items that she can’t buy locally.

“But the 20 pound difference is really big,” she said. “If you travel five times of year, that’s 100 pounds of things you can’t bring back with you.”

“If they were seriously northern, they would have taken into consideration the needs of Northerners,” she said.