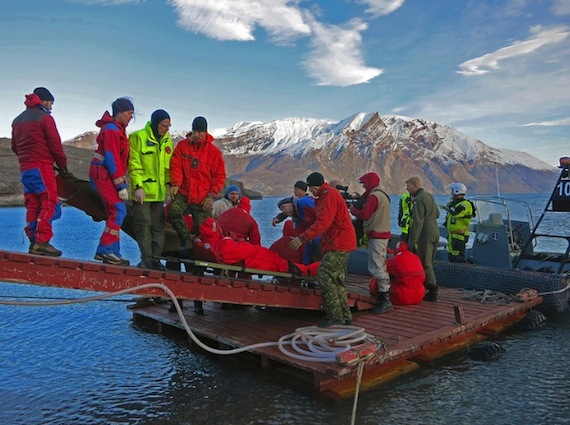 Search and Rescue officials from the Canadian Armed Forces have returned home after participating in a simulated international maritime disaster.

Search and Rescue Exercise Greenland Sea 13, which ran from Sept. 2 to Sept. 6, was hosted for a second consecutive year by Denmark near Ella Island off Greenland’s east coast.

“Through this intensive exercise, the Canadian Armed Forces have gained significant ground in addressing jurisdictional and logistical requirements in the event of a major Arctic incident,” said Major-General Christopher Coates, Deputy Commander Continental of Canadian Joint Operations Command, and senior Canadian forces representative at the exercise, in a Sept. 9 news release on the exercise known as SAREX.

“Major international SAR operations require complex coordination, which is why opportunities like these are vital for strengthening our partnerships and enhancing our practices.”

“Last year was our first chance to discover the challenges of working with multiple countries in such a remote maritime environment,” said Master Warrant Officer Greg Smit, an exercise coordinator. “This year we overcame those challenges and demonstrated the ability to successfully work with our Arctic neighbours in response to a major SAR incident. These kinds of exercises put us in a much better position to respond to incidents in the North.”