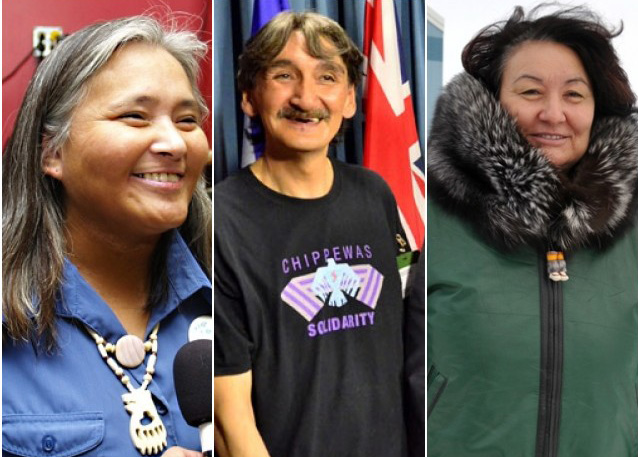 The race is on in Nunavut.

Elections Nunavut, as of about 7:10 p.m. Sept. 29, announced that it has accepted a final list of 72 people as candidates for the Nunavut legislature’s 22 ridings.

But Nunavut Premier Peter Taptuna won’t be one of the candidates. The outgoing premier announced he won’t seek re-election in his home riding of Kugluktuk this year, after nine years of service as an MLA.

“Not seeking re-election has been a difficult family decision,” Taptuna said in a Sept. 29 statement, in which he thanked Nunavummiut for their support.

“I wish to extend best wishes to the incoming government, as they learn from previous experiences and shape our future.”

I want to thank my constituents, Nunavummiut and my family for supporting me in my political endeavours. https://t.co/L6oofxsC56 #nuvotes

Mila Adjukak Kamingoak is the only declared candidate in Kugluktuk, which means she wins the seat by acclamation. She’s the only candidate to be acclaimed in this election.

In the territorial capital, all four Iqaluit ridings will see contests. Health Minister George Hickes is registered to run again next month against one other candidate: Jacopoosie Peter.

Some cabinet ministers and incumbent MLAs have their work cut out for them in constituencies where four or more candidates are declared.

Education Minister Paul Quassa will run against three other candidates in Aggu. Speaker George Qulaut is in a seven-way race to reclaim Amittuq, while Quttiktuq racked up nine registered candidates, including incumbent MLA Isaac Shooyook.

One of the candidates in Quttiktuq, David Akeeagok, is a former top senior manager at the Government of Nunavut, where until 2016 he served as deputy minister of Executive and Intergovernmental Affairs.

Some of the election’s most heated battles could take place in Rankin Inlet. In Rankin Inlet North-Chesterfield Inlet, incumbent MLA Tom Sammurtok is up against three other candidates, including former Nunavut Tunngavik Inc. President Cathy Towtongie.

And in Rankin Inlet South, voters will get a re-run of the 2013 race between candidates Alex Sammurtok and Lorne Kusugak. The two candidates finished in a dead heat in the last election, with Sammurtok winning later in a by-election.

After dissolution of the legislature Sept. 24, members of the fourth legislative assembly are no longer MLAs. But the speaker, premier and all cabinet ministers will keep those titles and positions until MLAs choose a new speaker, premier and cabinet following the election, probably in mid-November.

At least two candidates in this election will enter the race facing charges under the Criminal Code and are to appear in court between now and election day.

Joseph Aglukark, 49 of Gjoa Haven, a former mayor and manager of the Nattilik Heritage Centre, faces one count of possessing approximately one pound of marijuana for the purpose of trafficking, a charge laid Sept. 1. His next court appearance is scheduled for Oct. 23.

Jack Anawak, 66, is charged with one count of impaired driving and one count of failing a breathalyzer test, charges dating to this past June. His next court appearance is scheduled for Oct. 12.

The allegations against these two candidates have yet to be proven in court.

Here’s the final list of candidates released by Elections Nunavut:

Nunavummiut had until 2 p.m. local time to submit their candidacies, and until 5 p.m. to withdraw them. Check back with Nunatsiaqonline.ca for an updated list of candidates.

Here are some of the key rules candidates face in the lead-up to the Oct. 30 vote:

• persons living outside Nunavut and corporations not located in Nunavut may not campaign for or against a candidate or make donations;

• the above rule makes an exception for general statements on public policy, “merely declaring support for a candidate” or displaying campaign material “if done in good faith and not for any purpose related to the manipulation or oppression of a voter;”

• starting this year, candidates may now broadcast campaign material the day before, and the day of, the election, which includes posting to social media;

• candidates must not say things about other candidates that involve lies, slander, libel and “insults;” and,

• Oct. 25: first day voters can get a proxy certificate from Elections Nunavut, must meet strict criteria;