Charles and Camilla set to visit Nunavut this summer: GG

“Their Royal Tour will take them to Ontario, Nunavut and Canada’s capital region” 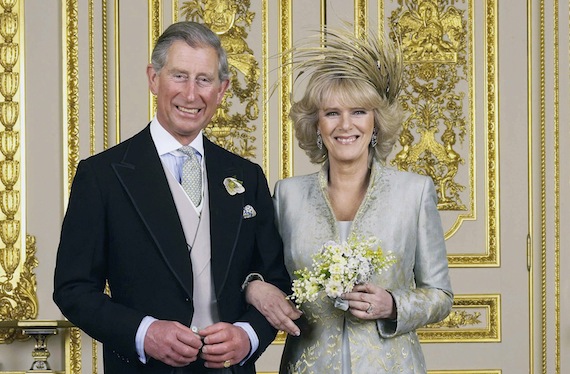 The Clarence House official photo of Charles, the Prince of Wales, and his new bride Camilla, the Duchess of Cornwall, on their wedding day in 2005.

Some Nunavut residents will get a chance this summer to see Charles, the Prince of Wales, and his wife, Camilla, the Duchess of Cornwall.

Governor General David Johnston announced April 18 that they accepted the Government of Canada’s invitation to undertake a royal tour from June 29 to July 1 which will bring them to Ontario, Nunavut and the National Capital Region.

That’s also during the time frame when Prime Minister Justin Trudeau and other dignitaries are expected to visit Cambridge Bay, July 1, to officially open the Canadian High Arctic Research Station.

“Sharon and I will be delighted to welcome Their Royal Highnesses The Prince of Wales and the Duchess of Cornwall to Canada as we celebrate the 150th anniversary of Confederation,” Johnston said.

“Their Royal Tour will take them to Ontario, Nunavut and Canada’s Capital Region. We are pleased they are joining in the sesquicentennial festivities, and look forward to Canadians having the opportunity to showcase the very best that our country has to offer.”

This will be the 18th visit to Canada for Charles and the fourth visit for Camilla.

The couple’s most recent royal tour in Canada took place in May 2014, during which they visited Nova Scotia, Prince Edward Island and Manitoba.

The detailed itinerary of the 2017 tour will be published at a later date by the Department of Canadian Heritage.

The last visit to Nunavut from the royal family was in September 2012, when Prince Edward, the Earl of Wessex and the third son of Queen Elizabeth II, and his wife Sophie Rhys-Jones, the Countess of Wessex, visited Iqaluit.

The Queen last visited Iqaluit in 2002.

Nunavut Premier Peter Taptuna said in a April 19 statement that he “looked forward to showcasing Nunavut’s culture, language and traditions under the midnight sun, and for Their Royal Highnesses to meet Nunavut Inuit and witness our strength and innovation firsthand.”