Satellite monitoring might be a less intrusive method for animal surveys 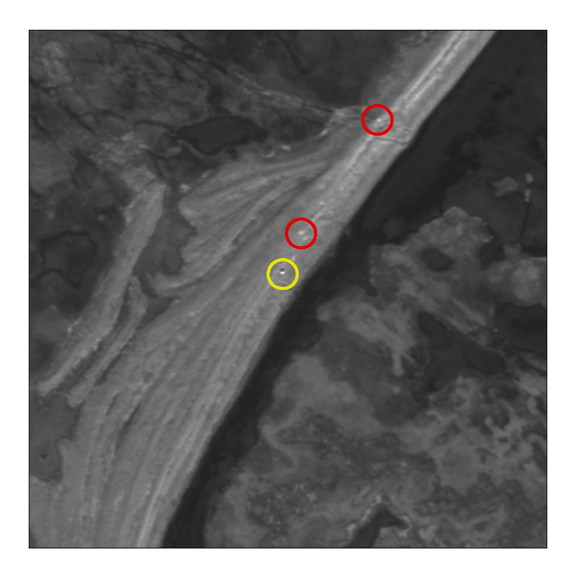 In this 2012 satellite image above, the yellow circle indicates a bear and the red circles indicate other objects such as rocks or gravel piles. University of Minnesota researchers determined that by examining another satellite image, below, from months later, which shows the image from the yellow circle has moved on but the other objects remained in place. (IMAGES COURTESY OF DIGITAL GLOBE, INC. 2012) 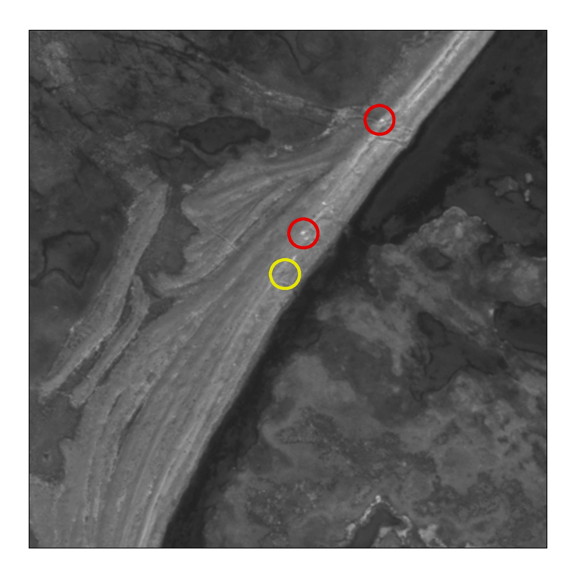 Polar bears in Nunavut have a lot less privacy these days as a new satellite tracking system helps researchers spy on them from space.

Basically, a satellite takes pictures of a landscape, and researchers count the bears — something that once took over 100 hours of manual labour.

And you don’t have to be good at Where’s Waldo? to spot the bears, explained Seth Stapleton from the Fisheries, Wildlife and Conservation Biology department at the University of Minnesota.

Stapleton’s crew took two sets of images from space, at different times of the year, and compared them to see if big white shapes moved around or not.

“We were essentially just looking for white spots on the landscape that just changed between images,” Stapleton said.

There are several advantages to this kind of bear counting: the animals are less disturbed by big helicopters such as those used in aerial surveys; it costs less; and, you can find bears in more remote areas.

Stapleton tested the new system on Rowley Island in the Foxe Basin in the summer and late fall of 2012.

“Because the landscape is ice free at that point, we can pretty much assume that white spots that change from time ‘A’ to time ‘B’ are polar bears,” he said.

Stapleton said they found just over 100 bears on the island. The number of bears recorded from both the aerial survey and satellite imagery were not exactly the same.

But “there really wasn’t much of a difference at all,” Stapleton said.

That gives the researchers confidence that the system might work on snow-covered terrain as well.

Rowley Island, off the west coast of Baffin Island and between Igloolik and Hall beach, is flat, has less snow coverage than average, and an abundance of bears — the perfect place to test the new system.

Right now, the group does not know if their method can work in more challenging terrain, especially when it’s covered in snow — it might be too difficult to spot the bears. But they’re hopeful.

“We’re not there yet. We’re currently working on it. Things are looking fairly promising right now,” Stapleton said.

Using another satellite, one with improved resolution and expected to be launched later this year, might resolve this problem.

Also, a new automated computer system to spot the bears and cut down on manual labour could help survey larger areas, Stapleton said.

But satellite tracking still has a few other kinks.

You can’t find out the age, sex, and health of a bear from space.

“That’s one of the limitations,” Stapleton said.

Cloud coverage is another issue — if it’s cloudy in a specific area, they can’t capture an image.

“We’re at the mercy of the weather,” he said.

But this new method isn’t designed to replace aerial surveys and other techniques to track bears, Stapleton said.

“I see it as a complimentary tool that can be used in conjunction with other techniques,” Stapleton said.

Stapleton’s crew has already taken satellite images of the east coast of Baffin Island to see if they can use the system on a different terrain.

Stapleton said the results will be compared with the GN’s survey of polar bears on Baffin Island.

The GN completed their aerial survey last summer and the results should be out within the next couple years, Stapleton said.

Stapleton said no traditional Inuit knowledge was used for the tracking system.

“But one of the things we’re hoping to do to engage the communities is try to figure out new opportunities for communities to assist in the review of the imagery,” Stapleton said.

The new technology could help track problem bears near communities, and even monitor other species in the Arctic as well. 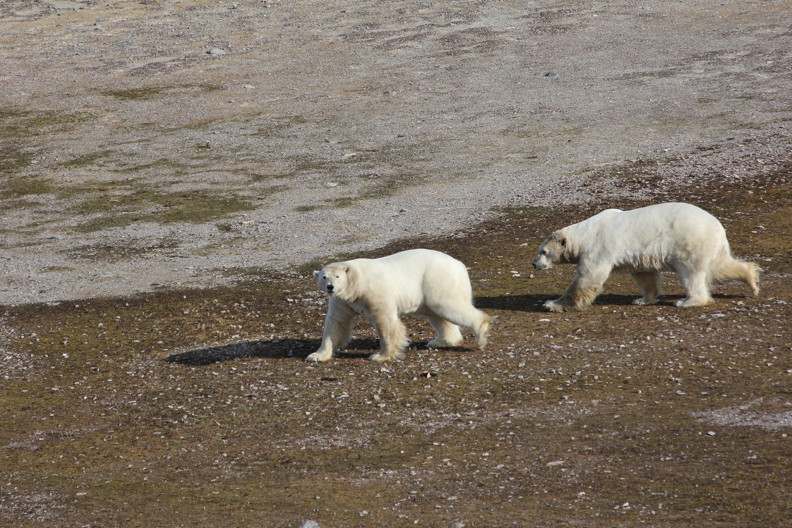