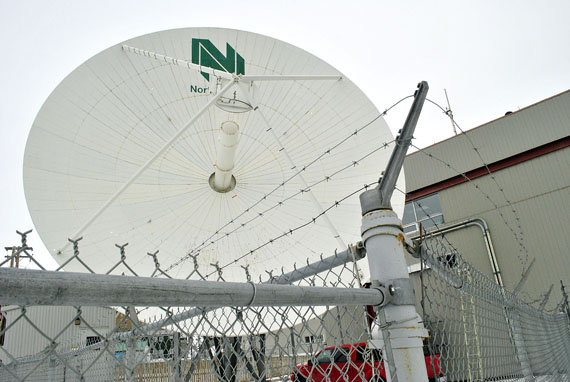 The CRTC said March 4 that Northwestel will have to lower its rates for certain residential Internet services in the coming months. (FILE PHOTO)

The Canadian Radio-television and Telecommunications Commission said March 4 that telecommunications provider Northwestel must lower its rates this spring for certain residential internet services in Yukon and the Northwest Territories.

Customers in satellite-based Nunavut, however, who pay retail internet prices that are much higher than those in the NWT and Yukon, will likely wait a while longer before they see any relief from prices that range up to $179.95 a month in Iqaluit for only 5 Mbps.

Unfortunately for Nunavummiut, the decision only affects terrestrial services in the Yukon and Northwest Territories, where most of the population is connected to the southern internet backbone by fibre optic lines.

In Nunavut, where all telecommunications are satellite-based, Northwestel subscribers will likely have to wait on the CRTC’s satellite inquiry to wrap up before the agency can regulate satellite-based services.

But the decision may augur well for the future, as the agency tries to improve access to communication services for Canadians living in small and remote communities.

“Although we recognize the exceptional situation that exists in Northwestel’s territory, we must not let these challenges hinder the development and affordability of telecommunications services in the North,” said Jean-Pierre Blais, the CRTC’s chairman, in a March 4 release.

As part of the March 4 decision, Northwestel will not be able to increase residential internet rates until the end of 2017 at the earliest, and will have to have the CRTC’s permission before any price hikes.

In addition, Northwestel is no longer allowed to charge additional fees to customers who subscribe to internet services on their own, rather than as part of a bundled package with, for example, landline telephone service.

In December of 2013, when the CRTC announced its inquiry into satellite telecom services, Blais said the CRTC recognizes the growing divide in northern Canada between satellite based and terrestrial communications and called for action in the future.

“Those communities that receive their internet services over terrestrial facilities, such as fibre and microwave, receive much faster and more reliable services than those that are served by satellite technology. Without action, this digital gap will not be closed, and may in fact worsen,” Blais said.