Dark cloud hangs over Nunavut hamlet after rash of suicides 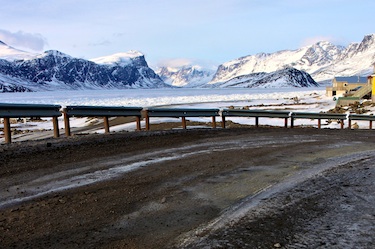 The natural beauty of Pangnirtung could not dispel the sadness and gloom that descended on the community after the most recent death by suicide, this time of an older woman. (FILE PHOTO)

The people of Nunavut must be more open to talking about suicide and the territorial government must provide more resources for coping with suicide: that’s what some people in the community of Pangnirtung are saying this week.

That urgent call comes after the death by suicide of a Pangnirtung girl, 13, last week, followed by the death of her grandmother, who killed herself in the community May 22.

People in Pangnirtung say the girl was distraught over repeated bullying and abuse from another local youth who was recently released from court on a charge related to earlier abuse.

The grandmother couldn’t deal with the death of her granddaughter, sources said.

And those two suicides follow the death of a young, intoxicated teenaged boy earlier this month, who shot himself on the airport runway after a relationship had gone wrong.

Those deaths, according to one man, have cast a black cloud over his community.

And several people remain on suicide watches after experiencing the trauma of seeing their loved ones die by suicide.

The atmosphere in Pangnirtung prompted the mayor, Sakiasie Sowdluapik, to prepare a statement to deliver on the local radio May 24 to people in the community of 1,425, encouraging them to look for hope.

His message: “we’re going through some hard times, but if we work together, we can make a difference.”

Plans for a community-wide feast on May 27 are underway — as a first positive step.

“But we need help. We need resources,” said one resident, who asked for anonymity for the purposes of this story.

“We need to take a different approach. What we’re doing now is clearly not working.”

In response to the crisis, health and social services workers have ramped up activities to help support people in Pangnirtung, with an additional mental health worker now due to arrive in the community.

And other actions will follow, said Monita O’Connor, Nunavut’s assistant deputy of health, in a May 24 interview from Iqaluit.

These are likely to include a community-wide meeting similar to one that took place May 22 in Cambridge Bay, organized by the Government of Nunavut.

The meeting followed several recent suicides in Cambridge Bay. One involved the brother of a boy who had killed himself a couple of years ago.

The gathering’s goal: to help people in the western Nunavut community deal with loss and grief and learn more about how to get help for people.

That’s one of the approaches that are useful after a suicide, O’Connor said, because talk helps people.

And the meetings are a start for some people to learn what help is available and to say what they would like to see occur.

“We’ll wait to see what the recommendations will be,” said O’Connor about the outcome of the May 22 meeting.

But she said that dealing with suicide “may not be so much [about] the resourcing and the dollars as it is about using people effectively and how we can reach people.”

New research from two public health researchers, which suggested that suicide may be contagious, also said that school or community-wide suicide prevention efforts may be the most effective prevention methods.

As for how many people have died by suicide this year in Nunavut, O’Connor was reluctant to provide numbers, referring that question to the coroner’s office, although she said the GN is aware of suicides when they happen.

O’Connor couldn’t say the trend is heading in a worse direction in 2013.

“Every suicide is a big flag,” she said. “We definitely feel that seriousness and we have a number of people really trying to respond.”

Part of that will include a re-thinking about how to talk to the public about suicide, with the idea that “more information is better,” she said.

Despite the opinion of some elders in Pangnirtung who say that suicide shouldn’t be discussed, many residents there now want more openness.

Those solutions include a need for better housing, more infrastructure and more trained Inuit staff, including mental health workers and addictions counsellors who speak Inuktitut.

“Otherwise, how are you going to respond?”