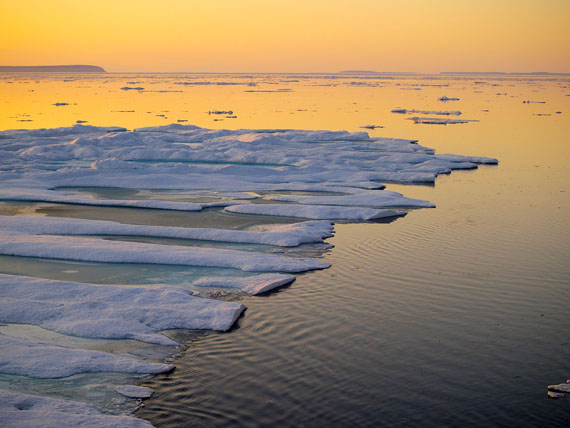 Under the UN Convention on the Law of the Sea, a country can secure rights to seabed territory reaching far beyond that limit if it can prove that a portion of the ocean floor is geologically linked to its continental shelf. (FILE PHOTO)

Canadians could be forced to wait until 2030 before a United Nations commission gets around to evaluating this country’s claim to millions of square kilometres of natural resource-rich Arctic Ocean floor.

Such a delay would hinder plans to explore and exploit the treasure trove of oil, gas and other mineral riches that lie at the top of the world and endanger efforts to peacefully resolve overlapping claims with Russia and other states.

It would even threaten Canada’s chances of success as the majority of officials working on the claim would have long since retired.

The problem is highlighted in a recent Foreign Affairs report that examined the progress federal government scientists have made in mapping and analyzing Canada’s extended continental shelf.

Canada already exercises control over seabed resources within an economic zone that extends 200 nautical miles from the country’s coast.

But under the UN Convention on the Law of the Sea, a country can secure rights to seabed territory reaching far beyond that limit if it can prove that a portion of the ocean floor is geologically linked to its continental shelf.

Countries have 10 years from the moment they ratify the convention to make a submission to the UN Commission on the Limits of the Continental Shelf, or CLCS, which is responsible for reviewing and approving such claims.

While the Foreign Affairs report found Canada well on track to making a submission by its 2013 deadline, it also found the UN commission had more than 40 submissions already waiting to be reviewed.

“Given this heavy workload and the low, unpredictable funding situation for the CLCS, [Canadian officials] are expecting serious delays,” the report reads. “A Canadian submission filed in December 2013 may not be examined until 2030 given the CLCS’ current workload.”

The report noted that a successful ruling by the UN commission would be like “drawing the last line on the map of Canada.”

It would provide the legal basis for Canadian companies to begin extracting oil and other resources from the Arc-tic seabed and allow the federal government to establish regulations to prevent things like marine pollution around the extended continental shelf.

But a decades-long delay would not only put a hold on such activities, the report reads, but even endanger Canada’s claim as the majority of scientists and other officials who have been working on the file over the past decade will have retired. The federal government has so far failed to address this anticipated problem, it adds, a situation aggravated by “difficulties in retaining younger scientists to continue the work.”

The report also noted a lack of long-term funding to ensure Canada’s claim continues to be advanced after 2013.

An official close to the process but not authorized to speak to the media on the issue acknowledged the federal government’s concerns about a delay. “It is something that is important to us,” the official said. “We all identified this as a potentially major issue.”

The international community has made many efforts in recent years to speed up the CLCS’ workflow, the official added, but progress has been largely stymied by the fact the commission is staffed by part-time scientists and has limited funding.

The UN commission’s ruling on individual country submissions is expected to form the basis for negotiations between Canada, Russia and Denmark as those states attempt to divide territory where their claims overlap in the High Arctic.