“These results establish Chidliak as a world class diamond district” 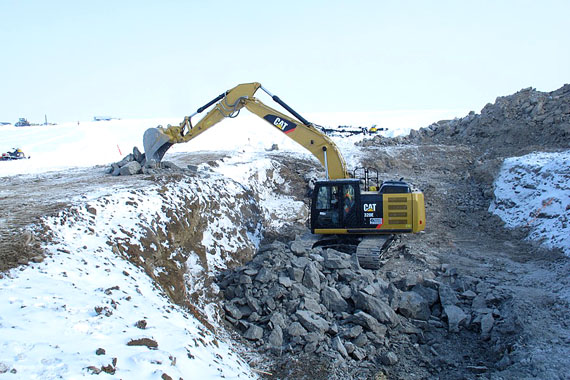 The results of a valuation done on sample diamonds from a promising kimberlite pipe at the Chidliak exploration site near Iqaluit, owned by Peregrine Diamonds Ltd., are “spectacular,” the company’s CEO, Eric Friedland, said Feb. 26 in a news release.

“We are more confident than ever that planned bulk sampling beginning in 2015 of other known pipes at Chidliak with economic potential could lead to the development of Baffin Island’s first diamond mine,” Friedland said.

Experts from a firm called WWW International Diamond Consultants, based in Antwerp, Belgium, performed the valuation on a sample parcel of commercial-size diamonds weighing 1,042.1 carats.

The consultants estimated the parcel, based on current average global prices, to be worth US $215,605 if it were placed on the market, with an average per carat price of US $213.

Thirteen diamonds greater than three carats accounted for 43 per cent of that amount.

That’s because, due to their size and other qualities, they fetch much higher prices per carat.

Peregrine recovered the sample parcel from a 404.2-tonne bulk sample extracted in 2013 from the CH-6 kimberlite pipe at Chidliak.

By the middle of this year, Peregrine will bring together information from WWW’s valuation with information gathered since 2009 in core sample drilling to produce an initial estimate of the resource contained in the CH-6 pipe.

“This work is the first important step towards establishing economic viability for the project,” the company said in a news release.

Since 2007, Peregrine has found 67 kimberlite deposits at Chidliak and believes that at least seven of them have the potential to be economically viable.