Down to one sewage truck, Nunavut community declares state of emergency

“People have had to move out of their homes” says Pond Inlet’s MLA, Joe Enook 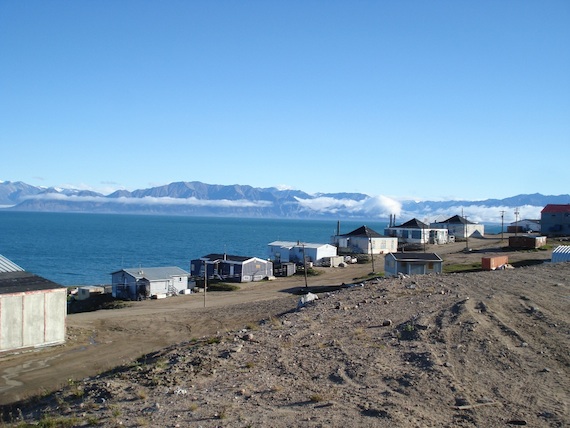 Officials in Pond Inlet have declared a state of emergency now that the community is down to one sewage truck to service its population of 1,500. (FILE PHOTO)

Officials in Pond Inlet declared a state of emergency Feb. 10, six weeks after the Baffin community began to suffer problems with trucked sewage and water service.

Right after Christmas, the hamlet started having issues with its three sewage trucks, as well as its handful of water trucks, which service the community of about 1,500 people.

As of Feb. 10, the hamlet was down to one operating sewage truck, said deputy mayor Joshua Arreak. That prompted an emergency meeting of community officials later Feb. 10, who then called the state of emergency.

The hamlet is now asking the community to conserve water, and has issued a plea to the Government of Nunavut to immediately deliver two new sewage trucks by Hercules aircraft — trucks that were originally expected to arrive in Pond Inlet by sealift this summer.

“One needs a new engine, the other a new transmission,” Arreak said. “The one still in operation is the oldest of the three, and its pump keeps freezing.

“And we don’t have a certified mechanic in the community right now.”

The major problem is that, once a home or building’s sewage tank is full, the water shuts off. There are other health issues related to overflowing sewage outside of people’s homes and near the community’s pump out area, Arreak said.

“It has gotten progressively worse and now we’re in a really bad situation,” said Tununiq MLA Joe Enook Feb. 11 from his home in Pond Inlet.

“I have tried to stay out of this, but I don’t know why this state of emergency wasn’t called a long time ago.”

The lack of proper sewage disposal and water delivery has disrupted daily routines and has even forced some residents out of their homes, he said.

With a full sewage tank, Enook said his daughter has been unable to do any laundry for her five children in recent weeks.

But that’s a minor inconvenience compared to what some Pond Inlet residents are facing.

“I’m very lucky that both of my tanks are stored under the house so they don’t freeze,” Enook said, “whereas in a lot of housing, the tanks are in the ground, and when they’re not serviced regularly, they freeze.

“People have had to move out of their homes because their tanks have busted.”

It’s also flu season, Enook said, and while the health centre is encouraging people to wash their hands more frequently, the hamlet is advising that people conserve water.

In the meantime, the sewage in the pump-out area, about half a kilometre outside the community, has overflowed and frozen to the ground.