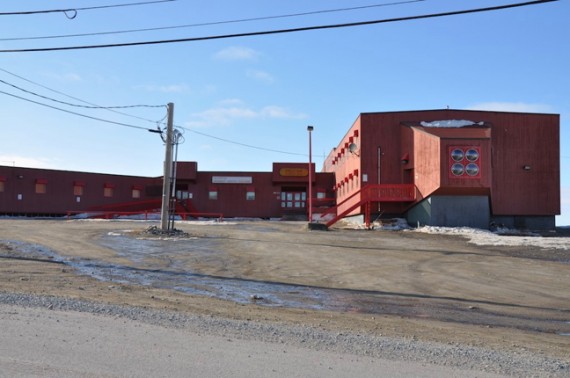 The Kivalliq Hall student residence that once operated in Rankin Inlet will remain listed as a residential school, following the dismissal of a case before the Nunavut Court of Appeal.

Nunavut Tunngavik Inc., which helped bring the original case in 2013, is celebrating the outcome.

“The Kivalliq Hall students experienced the same loss of language and culture, traumatic separation with families, and likely unspeakable abuse in some cases. I hope this decision will bring closure and foster reconciliation for many Kivalliq students who have been waiting for a decision since 2007,” said NTI President Aluki Kotierk in a statement.

NTI says it will be working with the federal government on an expedited timeline and process for former Kivalliq Hall students to submit their claims.

On July 20, a panel of three judges dismissed the federal government’s appeal of a landmark decision made in Dec. 2016 by Justice Bonnie Tulloch, who found that Kivalliq Hall fulfilled the requirements to be classified as a residential school.

That decision opened the door for former students of Kivalliq Hall to file for compensation under the Indian Residential School Settlement Agreement’s common experience payment, a $1.9-billion fund that gave lump-sum payments to any Indigenous persons who lived at a residential school.

The Attorney General of Canada appealed the decision, warning in submitted court documents that Tulloch’s decision “impermissibly increases Canada’s obligations under the IRSSA,” and could make Ottawa liable for additional settlements if more residential schools are added.

The decision could potentially reopen a litigation process that’s already winding down, the Crown said.

The case was set in motion by Baker Lake MLA Simeon Mikkungwak, who stayed at Kivalliq Hall while attending the Keewatin Region Education Centre in Rankin Inlet during the mid-1980s. Mikkungwak and Nunavut Tunngavik Inc. sought a declaration from the Nunavut Court of Justice that Kivalliq Hall should be deemed a residential school, and that its former students should be eligible for compensation.

The court case centred on the thorny question of whether the federal government was ultimately responsible for the hall’s operation and the care of its students.

Tulloch also noted that the federal government footed the entire construction cost for the hall, and part of its operating costs.

As well, the judge observed that if Mikkungwak had not attended Kivalliq Hall, he would have been sent to a federal residential school instead.

The federal government described Tulloch’s decision as being based on “pure speculation and conjecture” when it launched its appeal.

But the Nunavut Court of Appeal judges concluded that the federal government’s objections did not meet the high bar set by the Supreme Court for a successful appeal. That would require finding “palpable and overriding error with respect to the underlying facts” or that “the inference-drawing process itself is palpably in error.”

“While it would have been possible to reach a different conclusion” than Tulloch, the appeals judges wrote, they found no errors that would justify an appeal.