“Obviously it has a certain Inuit clientele” 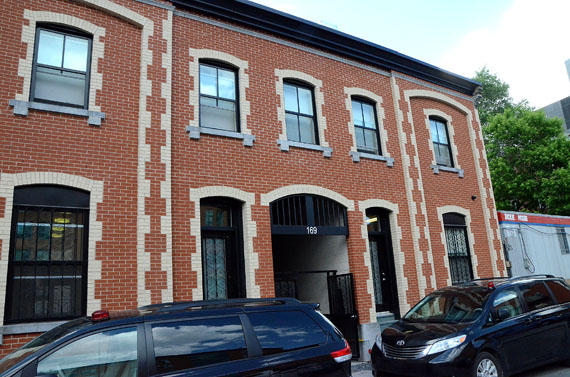 Here’s the new location used by Projets Autochtones du Quebec, at 169 rue de la Gauchetière, about a 30-second walk down the street from the old PAQ home. Inuit likely comprise about 40 per cent of their clientele. (PHOTO BY DAVID MURPHY) 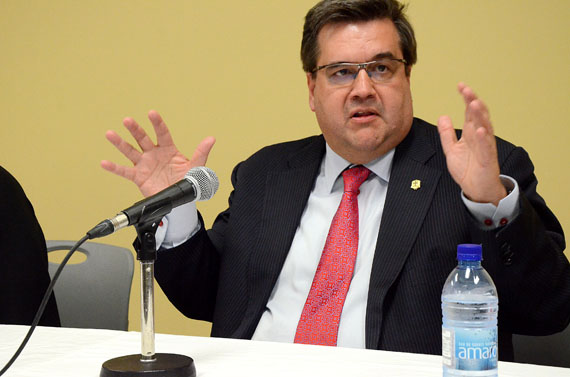 MONTREAL — Ottawa will contribute an additional $17 million over the next two years to fight homelessness in Quebec, and that’s music to the ears of the Montreal Aboriginal homeless peoples’ shelter, run by Projets Autochtones du Québec.

The PAQ hosted a news conference June 6 at its new location where Montreal Mayor Denis Coderre, Quebec’s minister of public health and healthy living, Lucie Charlebois, as well as the provincial Aboriginal affairs minister, Geoffrey Kelley, made the announcement.

The PAQ said it’s pleased that the Quebec government decided to announce the new money at the not-for-profit Aboriginal homeless shelter, which recently moved across the street from its former building in Montreal’s Chinatown.

“We don’t want to be arrogant about it, but we’re really hoping there’s going to be an increase,” the PAQ’s director Adrienne Campbell said.

The PAQ already receives money from the federal Homelessness Partnering Strategy fund, which provides just under $20 million a year for Quebec projects.

But there are a few things Campbell is already looking at with the potential increase in its budget.

“Now that we moved into our new location there’s definitely great needs that need to be met and we have a plan to meet them,” she said. “It’s obviously just the funding that’s missing.”

“As a priority we’re looking at front line intervention. To increase the budget for our intervention staff.”

The PAQ also needs more money for case management people who plan interventions, assist with goals, and accompany homeless people to various tasks throughout the city.

Coderre hinted at the news conference that some money would be given to the PAQ.

“First of all, today is about resources. From PAQ and the others, we’re all going to sit together and find ways to be as efficient as possible,” Coderre said.

When asked how many projects will benefit from the new money, Coderre replied: “Clearly I don’t have that number but clearly the general manager is smiling more today,” referring to Campbell at the back of the PAQ’s new cafeteria space.

The PAQ’s new premises on 169 rue de la Gauchetière are a big improvement over its old dilapidated building across the street.

In early May, the PAQ moved into the building, which includes separate floors for the emergency shelters for men and women, multi-purpose rooms, an improved kitchen and 16 transition rooms.

These transition rooms are for homeless people seeking more permanent rented rooms where they can also receive coaching and training to get off the streets.

That’s something Kelley praised after the news conference, adding that he plans to talk more with the PAQ about their needs.

“There are many First Nations [at PAQ] but obviously it has a certain Inuit clientele so this is one of the things we’re going to sit down with Adrienne Campbell and her team to make sure they have what they need to get their job done,” Kelley said.

The money isn’t just for Montreal but for all of Quebec, said Kelley, who wore a tie with inuksuit decorations, given to him by Nunavut Health Minister Monica Ell-Kanayuk two weeks ago at the Arctic Circle conference.

Kelley also hinted that more money might be on its way.

“As Madame Charlebois said, the federal government was going to make another announcement soon because there’s another envelope of money that will be for First Nations and Inuit needs. But we don’t have the details yet on how that money’s going to be used.”