Federal Court of Appeal will hear case April 20 in Toronto 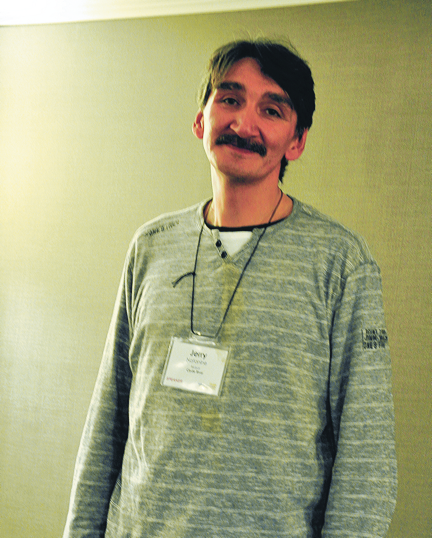 Jerry Natanine, mayor of Clyde River, is one of three parties challenging the National Energy Board’s approval of seismic testing off the east coast of Baffin Island. (FILE PHOTO)

Officials with Canada’s Federal Court of Appeal have convened a special sitting to receive submissions on whether seismic testing should go ahead this summer off the east coast of Baffin Island.

On April 20, in Toronto, those representing the companies proposing to conduct seismic testing for seabed oil and gas reserves in that area, and those representing Clyde River-based opponents, will submit evidence to a panel of three judges.

Nader Hasan, who represents the Clyde River opponents, had asked the court to hold the proceedings in Nunavut but told Nunatsiaq News they were fine with a southern-based hearing if it meant proceedings would occur more quickly.

The seismic companies, who go by a series of acronyms — TGS, PGS and MKI — are hoping to use a sound array in Baffin Bay and Davis Strait to map out a picture of what lies beneath the sea floor there.

If there is potential for natural resource extraction, that information is generally sold to oil and gas companies.

The National Energy Board granted approval for the five-year project in June 2014 and the companies said they planned to go ahead with the controversial testing in summer 2015, once the waters off the coast were ice free.

Clyde River Mayor Jerry Natanine, the Hamlet of Clyde River and the Nammautaq Hunters and Trappers Organization, oppose the seismic testing for a number of reasons and, in July 2014, filed an application for judicial review at the federal appeal court.

The companies are named in the suit along with the Attorney General of Canada.

The National Energy Board has been granted intervener status in the case and will also be represented in court on April 20.

Because legal proceedings are notoriously slow-moving, lawyers for both sides petitioned the court for an early hearing in the hopes of getting a final ruling on the matter before the ice-free season.

The court agreed and issued notice of the special hearing on Feb. 10.

But when Hasan goes before the court in April to summarize his case against seismic testing — that it’s potentially unsafe for marine mammals, that people weren’t properly consulted, that Aboriginal rights have not been upheld, for example — he’ll have a little less evidence in his briefcase.

They include testimony from George Wenzel, a well-known McGill University professor who, for decades, has studied and written books about the importance of marine mammals to the people, culture and economy of North Baffin.

The other affidavit that will not be heard is from Linda Weilgart, a Dalhousie University marine biologist and expert in bioacoustics who specializes in how sounds impact whales.

Hasan said several weeks ago that he was disappointed that Wenzel and Weilgart would not form part of his arsenal, but added that he felt the main arguments of his clients’ case were still intact.

He said the decision on those affidavits was not entirely surprising, since rules on what can be presented to an appeal court are very strict.

Hasan has asked the court to simulcast proceedings so Nunavummiut can watch what happens in Toronto in real time from an Iqaluit location. It’s unclear at this point whether that will occur.