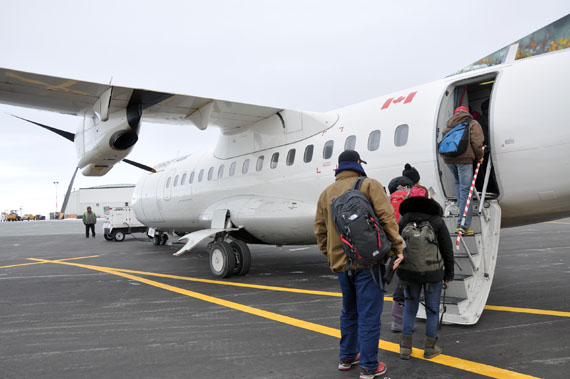 The airline will stop its three-times-a-week service to Coral Harbour July 14, leaving its partner airline Calm Air to service the Kivalliq community.

“Instead, a more efficient way for us is to codeshare on the existing services operated by Calm Air.”

First Air has operated a codeshare agreement with Calm Air since 2015, in which Calm Air operates most of the Kivalliq region’s flights, although both airlines remain carriers.

As part of the change, First Air will now add an additional non-stop flight between Iqaluit and Cape Dorset on Wednesdays.

The new flight, which begins July 13, will operate on the airline’s ATR 42-300 combi, which already services Cape Dorset.

“All our routes are continuously being assessed on economic performance,” Van der Stege said.

“From time to time that leads to network adjustments.”