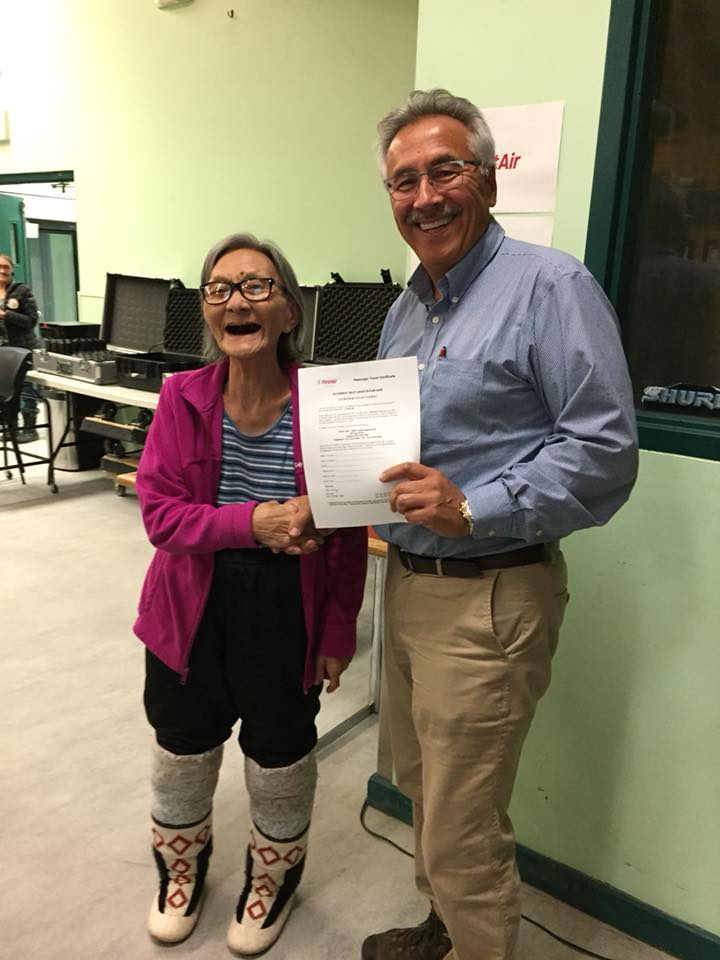 One was to offer, as a good-will gesture, a partnership that he said would provide reduced air fares for Inuit in western Nunavut.

The other was to make a business proposal: Adams said he’d like to explore a partnership with the KIA, similar to that under discussion with the business arm of the Qikiqtani Inuit Association, to invest in the proposed merger of First Air, owned by Makivik Corp., and Canadian North, owned by the Inuvialuit Development Corp.

Adams told the KIA delegates the proposed merger will mean improvements for air travel in the Kitikmeot region, but first the Competition Bureau has to approve the new venture, made official last month, he said.

“Until then, we’re still competing,” said Adams, who was accompanied during his presentation to the KIA by Canadian North and IRC representatives.

As a good-will gesture, Adams said he wants to offer Kitikmeot Inuit access to First Air’s Ilak fares, which offer steeply discounted tickets, with reductions of about 60 per cent, to Inuit beneficiaries three times a year.

This could mean big discounts, Adams told the KIA, for example, reducing the cost of a one-way ticket from Cambridge Bay to Yellowknife to $388 from $1,300, or for a one-way ticket to Edmonton to $588 from about $1,600.

While there are only a limited number of tickets available for Ilak fares on each flight, with one of these tickets you can still travel on standby, if there’s room, Adams said.

In a resolution passed at the end of the meeting, KIA delegates accepted Adams’ offer, which First Air said would likely be introduced Jan. 1 to Kitikmeot beneficiaries.

At the AGM, Adams also fielded complaints from delegates about airline service, reassuring them that the new airline will be in a better position to solve some of problems they cited.

These include issues with scheduling that mean that, to get from one community to another in western Nunavut, travellers must travel through Yellowknife, where there are often few or no hotel rooms available.

“We can find a solution together. I would like to see improvement,” said Adams, who spoke mainly in Inuktitut to delegates at the KIA meeting who often responded to him in English.

It may even be possible to look again at a trans-Nunavut flight that would travel from Cambridge Bay to Iqaluit in one day, instead of two, through Yellowknife, he said. Such a route, via Igloolik, lasted only for a few months, under Canadian North back in the early 2000s.