Airline prepares for arrival of three B737-400 aircraft 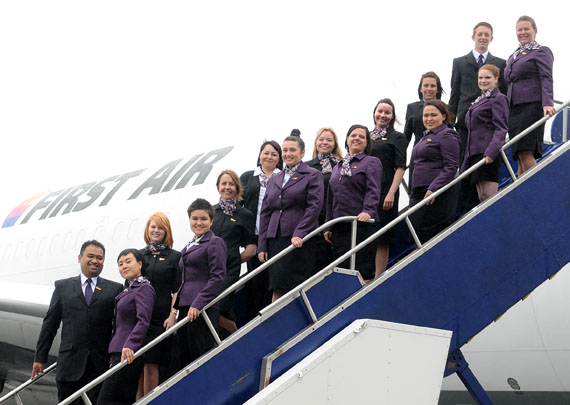 First Air, along with its Nunavut-based subsidiaries, Qikiqtani First Aviation and Sakku First Aviation, have taken on 15 new flight attendants who all passed a rigorous training course in Ottawa.

“The increase in passenger loads on our scheduled service, combined with an increased demand for our charter services, has opened up several flight attendant positions across our system,” Brock Friesen, First Air’s president and CEO, said in a news release.

He said First Air is also planning for the acquisition later this year of three new Boeing 737 400-series jet aircraft, which will require more crew planning.

Students passed six exams, all of which required a passing grade of 90 per cent.

And before starting the course, students had to pass the Inflight Institute’s online flight attendant pre-qualification course, which required about 40 extra hours of study.

“I am excited to now be a flight attendant for First Air. It was hard work but I am looking forward to starting my new career and travelling to the communities,” Jane Flaherty-Lambe of Grise Fiord, who speaks Inuktitut, English and French, said in the news release.