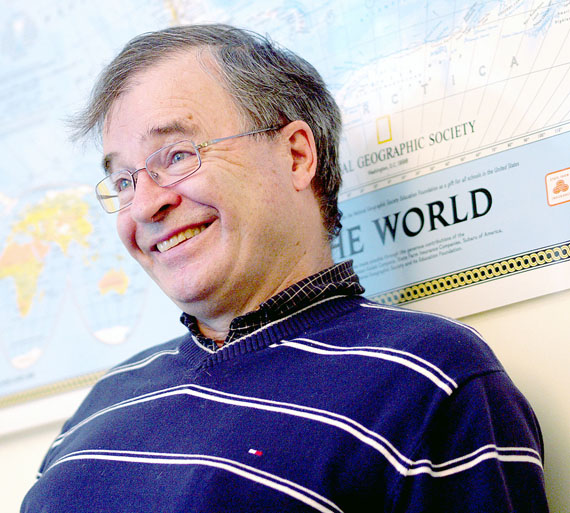 Senator Dennis Patterson alleged March 29 in the Senate that “foreign money” is pouring into the coffers of Canadian environmental groups. (FILE PHOTO) 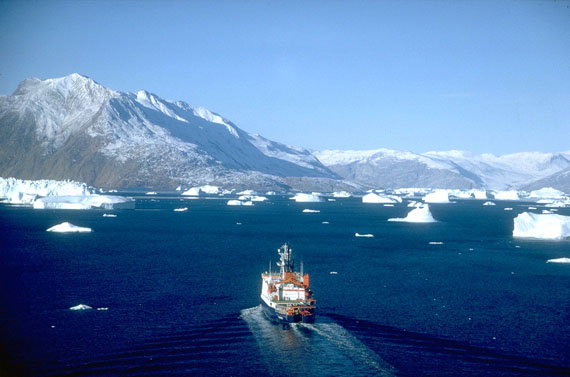 “Foreign money” pouring into the bank accounts of Canadian environmental organizations from shadowy, hidden donors in the United States and other places represents a new threat to Canadian sovereignty, Conservative Senator Dennis Patterson claimed March 29 in the Senate.

“Sovereignty also means control over our right to determine our destiny in an environment where foreign, economic and trade interests are not exceeding the limits of political activity masquerading as environmentalists,” Patterson said.

They did this, Patterson alleges, in 2010, when their Nunavut director, Chris Debicki, called on the Government of Nunavut to reject the Nunavut Impact Review Board’s approval of a seismic testing project in Lancaster Sound.

“To me, the actions of Oceans North, as a charitable organization, in publicly pushing for a minister of the Crown to overrule an independent quasi-judicial co-management board set up under the land claim is political activity not permitted under our laws,” Patterson said.

“I believe foreign funding is a concern because it is coming from foreign foundations with agendas that are not necessarily in the best interests of our country and because these groups have become immensely powerful,” Patterson said.

Under the Conservative government’s 2012-13 budget, unveiled March 29, the Canada Revenue Agency will get an extra $8 million to do extra audits on environmental organizations like Oceans North Canada, which are funded by tax-deductible donations.

The purpose of such audits is to ensure environmental organizations set up as charities don’t spend more than 10 per cent of their available resources on political advocacy.

Most observers believe this is a ploy aimed at weakening opposition to Enbridge’s Northern Gateway pipeline, which would move crude oil between Alberta and Kitimat, B.C. From there, tankers would ship the product to Asian markets.

But now, Patterson alleges that “even remote northern Canada is the recipient of foreign aid,” he said.

“They have sophisticated websites. They run ads.”

And Patterson lit into Oceans North Canada for its involvement in the 2010 seismic testing fiasco in Lancaster Sound, where the federal government plans the creation of a national marine park.

The Qikiqtani Inuit Association, in August 2010, won a temporary injunction in the Nunavut Court of Justice against that plan, pending a full-blown trial in court.

Because the Polarstern’s operators had no room in their schedule to wait for the Nunavut court to hold such a trial, the temporary injunction effectively killed the project.

During the long, loud public debate that preceded the injunction, Oceans North Canada had commented on the Lancaster Sound issue in radio interviews and press releases.

This prompted Patterson to launch a direct attack on the organization’s Nunavut director, Chris Debicki, suggesting he turned public opinion against the seismic project.

“Their Nunavut director, as a spokesperson for Oceans North, began to whip up public sentiment against seismic testing, which was aimed at delineating the boundaries of the marine conservation area, not oil and gas exploration,” Patterson said. “He was interviewed on the radio rallying public support against the seismic testing. He made public statements exhorting the Government of Canada to stop seismic testing in Lancaster Sound…” Patterson said.

And Patterson alleged Oceans North broke tax rules when they issued a press release asking that Dan Shewchuk, then the Nunavut environment minister, not issue a research licence for the seismic project.

This and other actions, Patterson alleges, was in breach of the Canada Revenue Agency’s rules on the political activities of charitable organizations.

“I do not believe that charitable organizations should be allowed to engage in political activities that are not permitted, such as openly pressuring governments to make certain decisions,” Patterson said.

On its website, Oceans North says that it “promotes science- and community-based conservation of Canada’s Arctic Ocean and the resulting well-being of indigenous Arctic residents who rely upon its natural wealth.”

They do this work in partnership with Ducks Unlimited Canada.

“We need to know more about the source and purpose of their funds, especially their foreign funding. It is hard to find out, because the funds are channeled through what I have learned can be a very tangled web,” Patterson said.