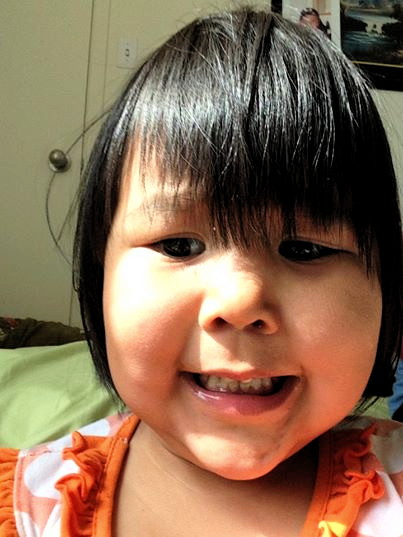 A four-year-old girl is dead after being attacked by an animal in the Hudson Bay community of Puvirnituq in Nunavik.

Quebec provincial police said the incident occurred June 14 in the community of about 1,700 people.

Police believe the young child was mauled by a dog, although Sûreté du Québec spokeswoman Marie-Josée Ouellet said June 16 that an investigation is still under way to determine exactly what happened.

Ouellet said the incident does not appear to be criminal in nature.

The four-year-old girl has been identified as Sheena Levina Jenny Uqaituk, daughter of Mary Uqaituk of Puvirnituq.

“She was my princess,” Mary Uqaituk said in a message to Nunatsiaq News. “She talks a lot. She was soooo smart. Every little kid would say, ‘Hi Sheena,’ to her, or kiss her. Every little girl loved her and she was my everything. She was a funny girl too she always made me laugh. She was precious.”

Problems with loose or stray dogs are common to many northern communities.

Another four-year-old boy from Pangnirtung was killed by sled dogs in 2010, when three dogs escaped their chains while their owner was out of town on medical travel.

The same year in Kangirsuk, a six-year-old girl was walking home from school when four loose huskies approached her and started to bite her.

A witness managed to scare the dogs away and the girl survived her injuries.

Last year in Iqaluit, city council responded to concerns about local dog attacks by drafting the Responsible Pet Owner and Sled Dog Bylaw to toughen rules on ownership of animals, including sled dogs.

Municipal officials in Puvirnituq would not say if they captured or destroyed the animal involved in the June 14 incident.

An autopsy is expected to be performed on the young Puvirnituq victim this week in Montreal.