Cambridge Bay hit by a rash of thefts since March 1 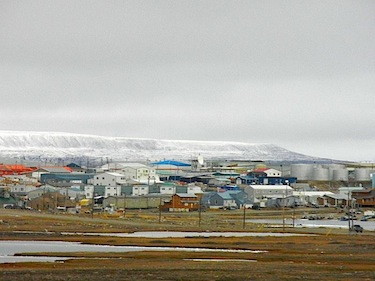 Cambridge Bay businesses have been hit by a number of break-ins since the beginning of March. (FILE PHOTO)

Four people in Cambridge Bay have been charged in connection with a series of break-ins around the Kitikmeot community, the Nunavut RCMP said March 27.

From March 1 to March 25, police responded to break-ins at a number of local businesses, including at the airport, a local convenience store and the post office.

Cambridge Bay’s Elks Club, and the community’s housing association were also broken into.

After weeks of investigation, the Nunavut RCMP have charged three adults and one youth with multiple counts of break and enter.

Two of those adults face remand hearings March 27 in Cambridge Bay, RCMP said in release put out the same day.

In the meantime, police continue to investigate break-ins at Kalgon’s Dis & Dat store where police say a large quantity of fireworks and cigarettes were stolen in recent weeks.

Some Cambridge Bay residents say the cigarettes are now being sold for $10 a pack on the community’s streets.

On a community Facebook page, the store’s owner, Keith Lear, made a public plea to residents to report any information they might have to local RCMP.

“We need to stop these stupid crimes, nothing will ever change if you don’t report it,” he said.

“Cambridge Bay really needs to grow with more business develop, but it is very tough when we have these break-ins.”

Another resident took to the same page to try and track down a handmade parka she ordered by mail, which was stolen from the local post office earlier this week.

Canada Post staff have had to reduce the outlet’s hours to help recover from the theft and a huge volume of mail that accumulated during a blizzard period last week.

The Cambridge Bay Housing Association also suffered a break-in this past week.

Cambridge Bay police have asked community members to report any information they might have about the series of break-ins by calling the local detachment at 983-0123 or contacting Crime Stoppers at 1-800-222-8477, where you can provide information anonymously.