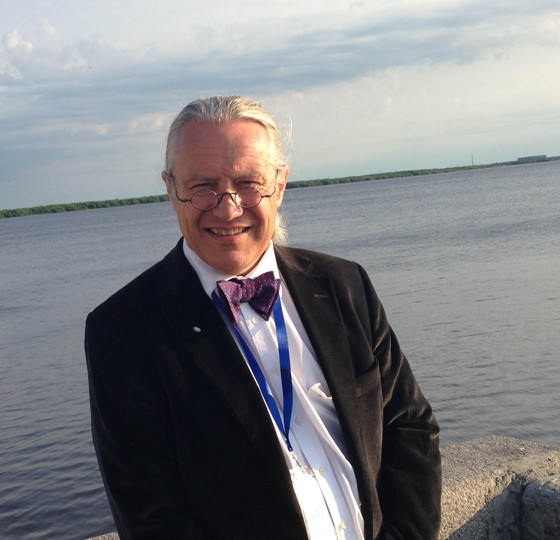 Lars Kullerud, President of the University of the Arctic, says northerners need to fight the perception that important decisions concerning the future of the North must be made somewhere else. (PHOTO COURTESY NORDFORSK)

If northerners ever hope to control their own future, they will have to overcome the prevailing notion that the North is a place to be studied, enjoyed as a tourist and plundered for its resources, says the president of the University of the Arctic, Lars Kullerud.

In his Letter from the President in the latest issue of the UArctic’s annual magazine Shared Voices, Kullerud asks who has the right to speak for the region and who should ultimately benefit from its hidden riches.

“The North continues to be perceived as a resource-rich backyard of wealthy countries where we shall mine, pump, log, fish, or have exciting recreation in pristine nature,” he writes.

“Modern technology that could help the North develop also contributes to this trend, as more and more activities can be operated or managed from a distance.”

These are difficult obstacles, he says, in the path of northerners who want to lead innovation and run global companies from home.

“Adaptation to globalization may prove to be an even larger challenge to the North than adaptation to climate change.”

Michael Ferguson’s audit, released May 6, found that there are more employees working at CanNor’s Ottawa office than at the agency’s Iqaluit office, which is supposed to be its headquarters.

CanNor president Patrick Borbey, for example, works out of Ottawa, as do two other key officials: a vice president of policy, planning and communications and a senior advisor for Inuit community relations.

Kullerud addresses that in his opinion piece.

“There is also a deep concern that the North will continue to face out-migration. The region’s well-educated youth face perceptions that key decisions are made outside the region, and that one cannot take part in the modern world from the northern periphery,” he wrote.

University of the Arctic is a cooperative network of universities, colleges, research institutes and other organizations interested in and concerned about education and research in the North.

UArctic consists of more than 130 institutions and organizations located in eight countries, including Canada, and considers itself the North’s only true circumpolar higher education institution and one of the world’s largest education and research networks.

It is through such networks as UArctic that northerners can put themselves in the driver’s seat, Kullerud writes, to share best practices, coordinate research and build upon a unique body of Arctic knowledge.

“We need to become better in building northern competences that have sufficient trust in the North, to build a northern future that is different and innovative, to utilize the strengths of our ancestors’ culture and knowledge, and accept that distance and small communities can be an asset.”

The current issue of Shared Voices contains a diverse collection of articles ranging from research in Labrador to mining in Greenland and tourism in Finland.

It also contains a student profile of Pangnirtung’s Leanna Ellsworth, who attended the University of Lapland in Rovaniemi, Finland, on a UArctic student exchange.

In 2010, Ellsworth became the first Inuk to graduate with a Bachelor of Circumpolar Studies, a University of Lapland distance education program she took from Nunavut.

You can read Shared Voices here.