“If my mother was Qallunaaq, she would’ve been taken care of right away” 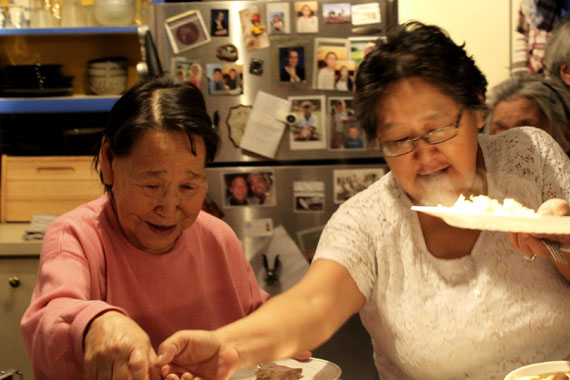 The late Annie with her late aunt, Martha Michael, in 2014. (PHOTO COURTESY OF BERNICE CLARKE) 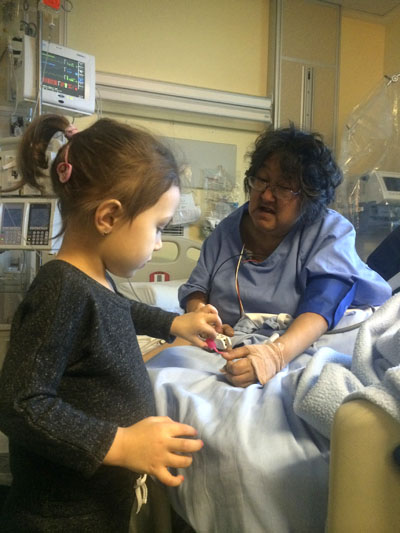 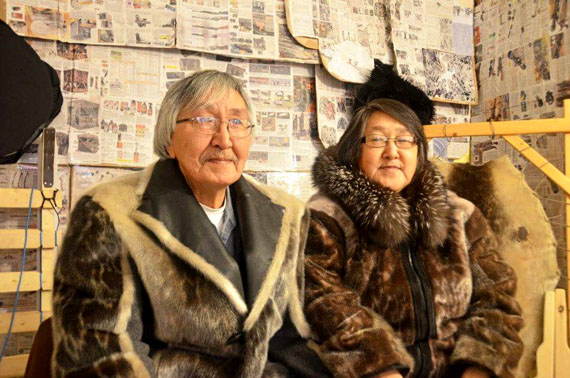 For Bernice Clarke, a coroner’s report released Feb. 14 confirmed her worst fear: that her mother’s death in early 2015 was avoidable but for Nunavut’s poor health care standards.

The report, obtained by Nunatsiaq News, reveals a failure of health care professionals to document or act on repeated complaints made by Clarke’s mother, Annie Kootoo, about numerous symptoms in the days leading up to Kootoo’s death on Jan. 3, 2015.

The Nunavut coroner, Padma Suramala, made 11 recommendations in the report, including four urging medical professionals at the Qikiqtani General Hospital in Iqaluit to follow basic standards set out by the Government of Nunavut, provide Inuktitut translation, educate health professionals on the complications of TB medication, and to have the governing body for nurses review the competencies required of nurses in managing these kinds of cases.

Suramala concluded in her report that Kootoo died of acute liver failure related to “Isoniazid toxicity.”

Isoniazid is a medication commonly used to treat tuberculosis that can damage the liver if not managed carefully, an article in the U.S. National Library of Medicine says.

After Kootoo, 61, was medevaced to Ottawa days before her death, Justin Clarke, Bernice’s husband, said doctors in Ontario told them that testing one drop of Kootoo’s blood would have revealed her liver was so toxic she should have been in a coma.

“That could have saved her life. Just one drop,” Bernice said from her Iqaluit living room Feb. 17, holding Justin’s hand for support.

Instead, health care professionals did not investigate the symptoms that Kootoo complained about, leading to Kootoo’s death by liver failure, the Clarkes said.

In their opinion, that’s because Kootoo was an Inuk woman and that in Nunavut, Inuit don’t receive the same high level of care given to non-Inuit.

“If my mother was Qallunaaq, she would’ve been taken care of right away. They would have asked more questions and had more empathy,” Bernice Clarke said.

Inuit across Nunavut live with painful memories and deep fears of seeing their loved ones die needlessly because of Nunavut’s unacceptable health care system, she added.

And, Bernice said she believes that’s because of racial prejudice.

Although it’s difficult, Bernice said she hopes other Inuit will come forward to share similar stories to hold the Government of Nunavut accountable.

“You can save somebody by telling your story. How many people can we save? We need to expose the government, the lack of services, the cultural and racist problems. We’ve got to expose this racism and dismantle it,” she said.

Kootoo was admitted to the Iqaluit hospital on Nov. 14, 2014 after three days of fever and coughing, the coroner said in her report.

Four days earlier, Kootoo had tested positive for active tuberculosis, or TB, in her lungs, a disease she lived with on and off since she first contracted the disease as a 10-year old child in residential school.

But after seven days, Kootoo was discharged “due to a shortage of isolation beds” and because a doctor told her “there were other people with active TB who were sicker,” the coroner said.

“They never wrote anything down. The visits only lasted six or seven minutes tops, like time-slots, and all they’d do is ask, ‘how are you feeling today?’” Justin said.

Around Christmas, Kootoo began complaining about fatigue, loss of appetite and sore muscles, but public health nurses failed to document or report these complaints to a doctor, the coroner said.

“I’d never seen her like that, she had no energy and no appetite,” Bernice said.

When Kootoo contacted the hospital about her symptoms, she was told she had to wait until the on-duty TB doctor returned from her holiday at the end of December, the coroner said.

For there to be no on-duty TB doctor in Nunavut, where rates of TB are 400 times higher among Inuit compared with other Canadians, is unacceptable, Justin said.

Then, on Dec. 29, 2014, Kootoo was admitted to the Iqaluit hospital with, among other things, stomach pains and the yellowing of her eyes and skin, symptoms usually associated with liver problems.

Tests revealed that Kootoo was suffering from “acute liver failure,” the coroner said.

Her liver was failing not because of an underlying liver condition but because of some more recent unknown cause like a virus, infection or reaction to a drug or toxin, a liver specialist in Toronto, Oyedele Adeyi, told Nunatsiaq News Feb. 20.

“For all cases, especially acute cases, determining a cause as soon as possible is very important, since the treatment and outcome depends directly on this,” Adeyi said in an email.

Even after doctors decided to medevac Kootoo to Ottawa, the Clarkes said Iqaluit hospital staff gave them mixed messages.

“One staff told me my mom’s liver was failing… but then a nurse came up and said he made a mistake. I thought, thank God, I thought she was dying. They made me think she was fine,” Bernice said.

For that reason, Bernice said she waited a day before joining her mother in Ottawa.

More tests taken at the Ottawa hospital showed toxicity levels in Kootoo’s liver more than a 100 times greater than what you would find in a healthy person, Dr. Morris Sherman of the University of Toronto told Nunatsiaq News Feb. 20.

Hospital staff gave the family a private room to gather around Kootoo. They played Inuit music, rubbed her feet and told her how much they loved her.

“It was a beautiful time,” Bernice said.

“Even though it was the most horrible time,” Justin said.

“We made it beautiful,” Bernice said.

Kootoo slipped into a coma early Jan. 1, 2015 from which she never woke. Two days later she died, said Bernice.

Some time after the death, Bernice said the family sat down with the TB doctor who was out of the territory when her mother died.

“I remember she felt so guilty,” Bernice said.

Justin remembered the doctor saying Kootoo’s death was avoidable: “We asked her if she could have saved her life, and she said ‘Yes… There was no reason your mom had to die,’ and tears were coming down her face.”

The Clarkes said this and other experiences at the Iqaluit hospital have left them feeling scared and vulnerable about receiving medical attention in Iqaluit.

“In Ottawa we felt like we were in good hands—they were honest, gave us the brutal truth. Nurses would make physical contact, show empathy,” Justin said.

Bernice said recent visits to the Iqaluit hospital have resulted in doctors who have missed her broken rib bone, a surgeon who performed the wrong surgery on her, and nurses who failed to give her post-surgery home care instructions.

When Bernice needs immediate medical attention, she said she gets Justin to talk to a nurse because, as a Qallunaaq, he will get a quicker and more serious response.

And medical professionals often look at Justin when explaining something about Bernice’s health because, Justin said, they must think Bernice, as an Inuk, is “too stupid to understand.”

Kootoo experienced this same racial prejudice, felt uneasy around Qallunaat and had to overcome a language and cultural barrier to communicate with health professionals, Bernice said.

“She always said that she sweats around Qallunaat. It’s a language barrier, but also a cultural gap. She wouldn’t really say how she feels or thinks,” said Bernice.

This is the reality that Inuit deal with every day when they try to access healthcare services, a reality the GN refuses to confront, the Clarkes said.

That’s why, they said, they are making their story public and why they plan to sue the government: to force the GN to deal with this sad reality.

“I’m ready to fight. I have my mom’s strength, it’s like I’m bringing her back a little bit, I’m using what she taught me,” Bernice said.

“It’s like my whole life has prepared me for this moment, for this fight.”