“The codeshare is also impacting the government’s bottom line” 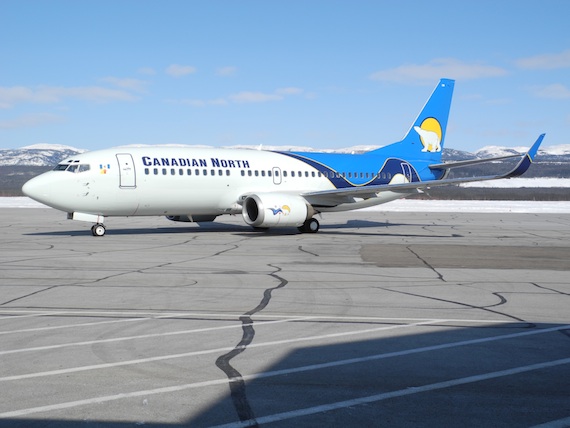 Government of Nunavut officials brought their concerns about a codeshare agreement between Nunavut’s major airlines to meetings with the Competition Bureau in Iqaluit Oct. 6. The federal law enforcement agency is reviewing the codeshare arrangement. (FILE PHOTO)

The new codeshare agreement between major airlines serving Nunavut is causing headaches for the average Nunavut traveller and hurting the bottom line of their biggest customer, the Government of Nunavut, GN officials told the Competition Bureau Oct. 6.

GN officials met with the Competition Bureau as part of the federal agency’s review of the agreement and its impact on the territory.

Both the GN and the City of Iqaluit filed complaints with the independent federal agency, which ensures Canadian businesses and customers benefit from a competitive marketplace.

The Competition Bureau is empowered to conduct investigations into anti-competitive activities, and to lay criminal charges if necessary.

Penalties for creating cartels, price-fixing and bid-rigging can range up to 14 years imprisonment for individuals and fines of up to $25 million for companies.

However, since the agreement went into place, the GN said service quality has taken a hit, from cargo and freight delays to poor seat availability and major inconveniences for elders and medical patients who face repeated delays in travel as well as longer connection times.

“We are hearing from constituents right across Nunavut, and their concerns are valid and troublesome,” Nunavut Premier Peter Taptuna said in an Oct. 7 statement.

“Airline travel in Nunavut and in the North is not a luxury. It is a necessity and we rely on this service for passenger travel and movement of goods.”

“This has turned out, in our opinion, not to be the case,” said Taptuna, adding that he’s written to all three airlines with the government’s concerns.

“The codeshare is also impacting the government’s bottom line on multiple levels,” he said. “It’s costing us more money as a result of longer connection times for duty travel or medical travel.”

Patients have already complained to Nunatsiaq News about missing medical appointments in the south due to delays, or having to stay longer in southern patient transits before returning home.

Others say that flights carrying blood tests or prescriptions are less reliable.

The GN’s current contract for medical travel with the airlines has been extended until Aug. 31, 2016, while the health officials have the option to extend the contract for another year after that.

The health department and the department of Community and Government Services met with Competition Bureau officials this week, although those meetings were held in camera, the premier’s office said.

The Competition Bureau told Nunatsiaq News that it can’t discuss the meetings, as it conducts all its reviews in confidence.

“The goal of a review is to obtain the necessary evidence for careful analysis and consideration before making a conclusion as to whether a transaction is likely to result in a substantial lessening or prevention of competition in any relevant market,” the agency said in an Oct. 7 email.

“In reviewing transactions, the Bureau considers many different elements, including the level of economic concentration in the relevant industry and the parties’ market shares.”

The results of its work will be made public once the review is complete, although the agency could not provide a timeline for that.