“If someone can’t get water then it could be a health issue,” says Joe Savikataaq 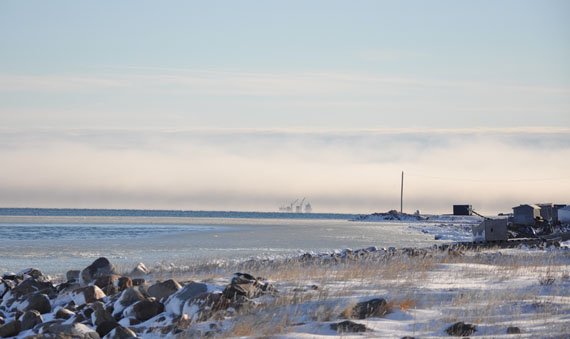 Water truck operators in Arviat are struggling to fill up their trucks and deliver water to the many residents who need it, MLA Joe Joe Savikataaq says. (FILE PHOTO)

The Kivalliq community of Arviat might be surrounded by the waters of Hudson Bay on three sides, but residents aren’t getting drinking water to their homes quick enough, Arviat South MLA Joe Savikataaq told Nunavut’s legislative assembly last week.

That’s because the community’s water trucks only have one slow-running water outlet to use at the local reservoir, Savikataaq said Oct. 24 during question period.

“At times, there are up to three water trucks waiting for water to get filled and, in turn, houses with empty water tanks are waiting to get filled,” said Savikataaq.

Savikataaq said the minister of Community and Government Services, Tom Sammurtok, committed to finding a solution during the spring sitting of the legislature.

“Can the minister give me an update on what has been done to fix that problem?” Savikataaq asked.

“Our department has been continually working on it and we are currently reviewing it to see if we can make improvements to it,” replied Sammurtok, who is also the MLA for Rankin Inlet North and Chesterfield Inlet.

But Savikataaq told Nunatsiaq News outside the legislature chamber that the situation is getting worse because Arviat residents, who have been dealing with this issue for a few years now, is growing.

“If someone can’t get water then it could be a health issue,” Savikataaq said, “because we see all the ads about washing your hands every day. It’s a real problem.”

When Savikataaq pressed Sammurtok for details on specific solutions and completion dates, Sammurtok said his department was looking at systems other community reservoirs use in hopes of finding a solution.

But Savikataaq said that may not be helpful.

“Arviat is the biggest community that has trucked-in water service, so I think it would have to have a solution on its own because all other towns are smaller than Arviat that have pumped service,” he said.

Savikataaq asked Sammurtok if the problem would be fixed by next summer.

“We are working for the purpose of rectifying whatever problem exists by next year,” Sammurtok replied.

“I know it’s not just as easy as installing another outlet,” Savikataaq told Nunatsiaq News, “because it’s only the same amount of water coming out. You would have two water trucks being filled, but water pumped still at the same rate.”