Nunavut women drive toward their goals at Meadowbank

Haul truck driving women making a name for themselves 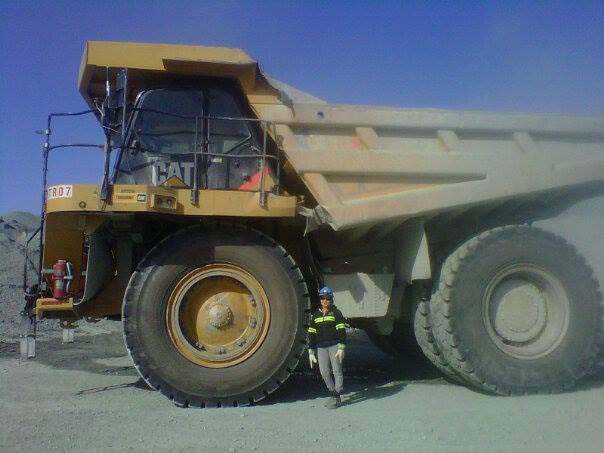 Alma Itkilik, a haul truck driver from Baker Lake, stands next to her haul truck at Meadowbank. (PHOTO COURTESY OF ALMA ITKILIK) 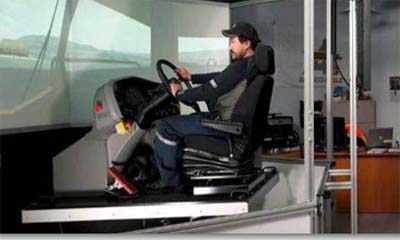 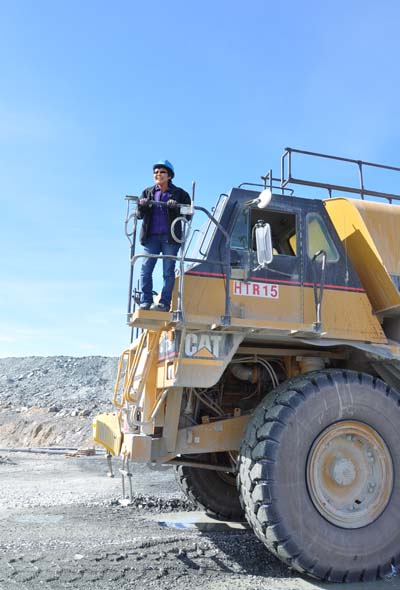 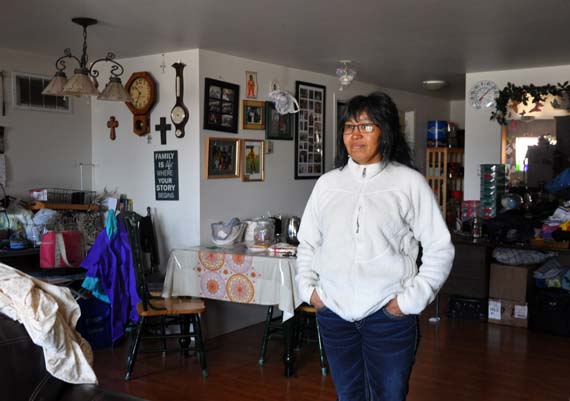 RANKIN INLET AND MEADOWBANK MINE — About 20 people are gathered in a Rankin Inlet classroom as part of Agnico Eagle Mine’s work readiness program.

This is one of the first steps toward employment with either of the company’s two projects in the territory: the Meliadine exploration camp and Meadowbank gold mine.

When Nunavummiut apply for a position, they’ll first take part in the week-long program to learn more about the positions available and how they work.

This particular group is made up of young adults and elders; men and women. And their questions vary: what kinds of baking positions are available? How does training work? And what if I don’t want to be a janitor?

But Lucy knows exactly what she wants to do. The Rankin Inlet mother, who didn’t want to use her real name, wants to work as a haul truck driver.

“I’ve always wanted to become a driver,” she said. “So I’m just trying this to see where it will get me.”

Haul truck driving isn’t a job most people would associate with women, but Lucy does.

That’s because a growing number of Nunavummiut women have found their niche at Meadowbank doing just that.

The vast majority of Meadowbank’s haul truck operators are Inuit now — roughly 75 — and nearly one third, or 22, are women.

A recent study, by Pauktuutit Inuit Women of Canada and researchers at the University of British Columbia, found that Meadowbank provides ample opportunities for women but also some challenges.

In response to the study, Agnico Eagle said it would undertake a third-party review of employee programs to ensure the welfare of female staff.

At the Vault pit, one of the mine’s open pit sites, Blandina Kashla pulls her small frame up the ladder that leads to the cabin of the water truck she’s driving.

It’s a hot, almost windless, June morning and the steady traffic of haul trucks filled with ore creates a steady cloud of dust in the air.

Kashla, a haul truck driver, is driving the water truck this week, which sprays water from two back nozzles to keep the dust down.

Kashla, who’s from Baker Lake, started haul truck driving at the mine in 2010.

“When I first started, there were only six of us ladies, so it was kind of uneasy at first because everyone was watching us, because we were the only ones,” she said. “But we got used to it.”

“And now we’ve been told women have done really well in this position,” said Kashla.

“We follow instructions quickly, we pay attention to our surroundings and we take care of our trucks too. We wanted to be better than the guys, I guess, because there’s so many of them.”

Amelia Netser, from Coral Harbour, said getting hired as a haul truck driver at Meadowbank was the best day of her life.

Netser was first hired there as a housekeeper in Janaury 2013, but soon realized she needed a change. Six months later, she was behind the wheel of Meadowbank’s heavy equipment vehicles.

“It was never my goal to be a haul truck driver,” she laughs. “But it’s a very good job.”

While they used to go to Ontario for training, Nunavummiut haul truck drivers at Meadowbank may now do their training entirely on site. The mine’s career path program helps move current staff into more skilled positions.

In one of the mine’s training rooms, a large heavy equipment machine simulator allows drivers to navigate through a virtual mine site, which can be adjusted to feature different work scenarios and weather conditions.

“I’m not an expert, but I’ve been there for awhile,” she said. “And Inuit drivers can train with me in Inuktitut, so as their first language, that’s what they pick up on.”

Pilakapsi’s crew has seen a lot of drivers come and go but for one reason or another, women have excelled in in their work.

“Attitude is the main thing,” she said. “You have to have a good attitude.”

But some of Meadowbank’s drivers say they crave more action on the job, and hope to move into more challenging positions.

“After a while, it gets boring going from point A to point B all day,” Netser admits. “I like working my brain and solving problems, so I’d like to eventually get a job that’s more challenging.”

Women may face certain barriers: some of the more challenging jobs require heavy lifting – something Netser doesn’t think she has the physical strength to do.

Kashla mentions the tow haul — used to tow disabled mine haul trucks — and her female co-workers groan with envy. That would be interesting work, they all agree.

“We could apply to work the tow haul,” Kashla said. “But we know we couldn’t lift those chains.”

In 2013, Agnico Eagle invested $2.8 million in training programs for Inuit employees, while it plans to spend about $4.3 million in 2014.