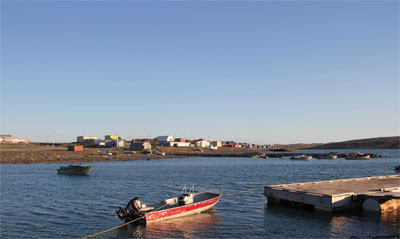 Recent tests show high levels of sodium in Sanikiluaq’s drinking water, prompting the Government of Nunavut to issue an advisory to the community of 850. (GOOGLE MAPS PHOTO)

Recent tests show high levels of sodium in the drinking water in the Hudson Bay community, the Government of Nunavut said June 23.

High sodium intake can have adverse effects on people with potentially weakened immune systems, like infants or elders, or people with high blood pressure.

The GN said it’s working with the hamlet to resolve the issue.

In the meantime, the health department is offering free bottled water to Sanikiluaq residents from the community hall.

Tap water is safe for bathing and cooking, but health officials warn against boiling tap water for drinking, as it can raise the amount of sodium in the water.

Residents can contact their local hamlet office or the region’s environmental health officer for more information at 867-645-6660.