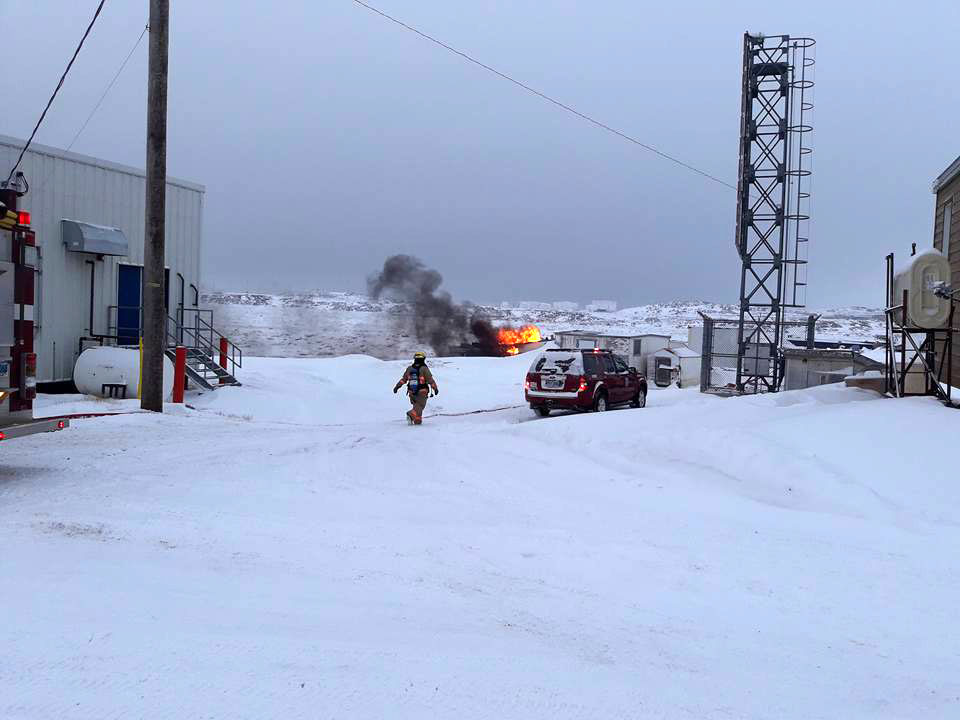 Everton Lewis, a homeless man from Iqaluit, lost his shelter in a boat fire that broke out on the Iqaluit beach yesterday morning. Lewis was unharmed and firefighters rescued his puppy. (PHOTO BY QAUMARIAQ INUQTAQAU, SHAME ON CANADA FACEBOOK PAGE)

A homeless Iqaluit man and his puppy are safe, after Iqaluit firefighters put out a boat fire near the beach in the city’s Lower Base neighbourhood on Monday.

The fire department received word just after 10 a.m. that a boat located near a water pumping station was on fire.

“There was about a 30-foot boat with a cabin on it that was showing flames when I arrived,” said Deputy Fire Chief Nelson Johnson. “We had the fire under control three minutes after arriving on scene.”

Iqaluit’s Everton Lewis used the boat as a dwelling. Lewis was unharmed, and spoke to Johnson when he arrived.

“He informed me that he had a puppy on the boat but nobody else was there,” Johnson said. “We started overhauling the boat to make sure that the fire was out … and that’s when the young puppy was found.”

The boat itself is a loss, Johnson said, but there was no damage to the surrounding area.

“They knocked that fire down and they should be proud that they worked together and were able to get the puppy out of there, safe and sound,” he said.

The puppy, also named Everton, was “absolutely cute and adorable, all black, a big ball of fur,” Johnson said, though he was dripping wet from the water firefighters used to douse the fire.

The fire started just as another heavy snowfall descended on the city.