“The aim is to reduce lead exposure as much as we can, because studies are showing toxic effects at lower and lower doses” 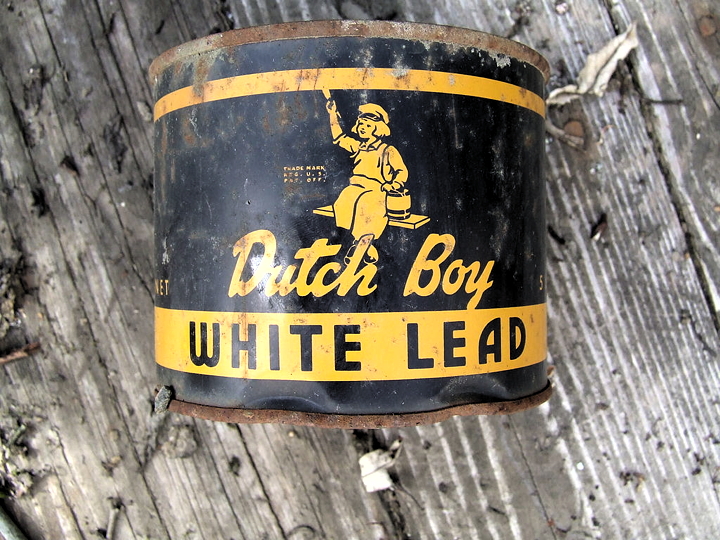 University of Ottawa researchers are suggesting old lead-based paints, and lead-based ammunition, are producing high levels of lead in the blood of some Inuit. (WIKIMEDIA COMMONS PHOTO)

A new study identifying household dust as a major contributor to the high lead levels found in the blood of some Inuit has prompted the Government of Nunavut to repeat a general health guideline: practice good housekeeping.

The study, conducted in 2012 by University of Ottawa researchers and published this summer, followed up on the largest-ever health survey of Canada’s Inuit, the Qanuippitali Inuit Health Survey, done between 2007 and 2008.

The new study says blood samples taken during the Qanuippitali survey found lead levels higher than Health Canada’s maximum guideline in about one in 10 adults from Nunavut’s 25 communities.

People whose initial test results showed they were above the guideline received medical advice and, if necessary, treatment from the GN’s health department.

They were also asked to participate in a follow-up study aimed at identifying the sources of elevated lead in their blood.

In total, 100 adults and 56 children from 22 of the 25 communities participated in this follow up study done in 2012, led by a researcher from the University of Ottawa. Researchers took samples of dust, water, country foods, ammunition and soil in and around 14 homes in three communities and analyzed them.

Elevated levels of lead are toxic to the nervous system and are known to damage brain development and cause behavioural problems, such as reduced memory and attention, and lower IQs.

Children and fetuses are more sensitive to the damaging effects of high lead levels because of their developing nervous system.

Some studies have suggested that those impacts may persist for decades after childhood exposure.

Instead the entire hunting process, including the associated fumes and residues, could be adding lead to the blood stream through inhalation or hand-mouth behaviours.

“Where are the arms kept, how are they maintained and cleaned, and where’s that done? Everything around maintenance of firearms and use of firearms —this is all encompassed into hunting practices,” Fillion said.

The other major contributor, lead-based paint, can wind up within dust inside houses that are not properly maintained.

“The way you get exposed to lead in lead-based paint is when it starts flaking and gets broken down in the dust,” Maureen Baikie, the GN’s chief medical officer told Nunatsiaq News.

“Painted surfaces in the home need to be kept in good repair. There shouldn’t be flakes of paint.”

Baikie advised that houses be kept as dust-free as possible by vacuuming carpets and upholstery at least once a week, as well as mopping the floor with a damp mop and wiping hard surfaces with a damp cloth once a week.

Dust levels are especially high in houses under renovation, she added.

Because children are more likely to play on the floor, where dust collects, and to put their hands in their mouths, they should have their hands washed as often as possible to limit lead exposure from dust, Baikie said.

Those living in older homes are more likely to be exposed to lead for two reasons, the recent study suggests.

The amount of lead allowed in paint used to be much higher. It has been lowered for health and safety reasons twice since 1976, with the current allowable lead level only two per cent of what it was in 1976.

Secondly, many older houses in Canada have aging water pipes with higher lead content. The study found Nunavut water samples contain more lead than in other parts of Canada.

Baikie said lead can accumulate in water that sits overnight in those lead-laden pipes.

“Our advice in those homes is to let the water run until the pump starts, first thing in the morning… and [then] you can use it normally,” she said.

Although the study did not find a link between animals killed with lead ammunition and higher lead levels in Inuit blood, it did find that people who eat country foods have slightly elevated levels of lead in their blood.

But Baikie pointed out that this study was not designed to examine the lead content of country foods and did not use many samples of harvested meat to study.

Still, hunters should remove ammunition from animals before cooking or eating the meat, she said.

“It’s really important to note that eating country food has a lot of beneficial effects.”

Fillion also noted the levels do not indicate a “contamination event” — a single event or cause that would result in extreme lead levels.

“The levels we see today in Nunavut are the levels we used to see further south in Canada, for example, before lead was phased out from gasoline. So the levels are not unexpected,” she said.

But levels in Nunavut are still a concern. Adults generally have higher lead levels than children, but in Nunavut that difference is twice as high as it elsewhere in Canada. This “could be resulting from activities practiced by adult participants,” the study said.

“Lead is not something that our body needs, it’s not supposed to be there,” Fillion said.

“So the aim is to reduce exposure as much as we can, because studies are showing toxic effects at lower and lower doses.”

Other household items can contribute to lead exposure as well, Baikie said, such as toys with lead paint, fishing sinkers and jigs, and batteries.