How the MMIWG inquiry brought clarity to one Nunavik mother

“For the first time, I felt, I’m not alone. I felt lighter” 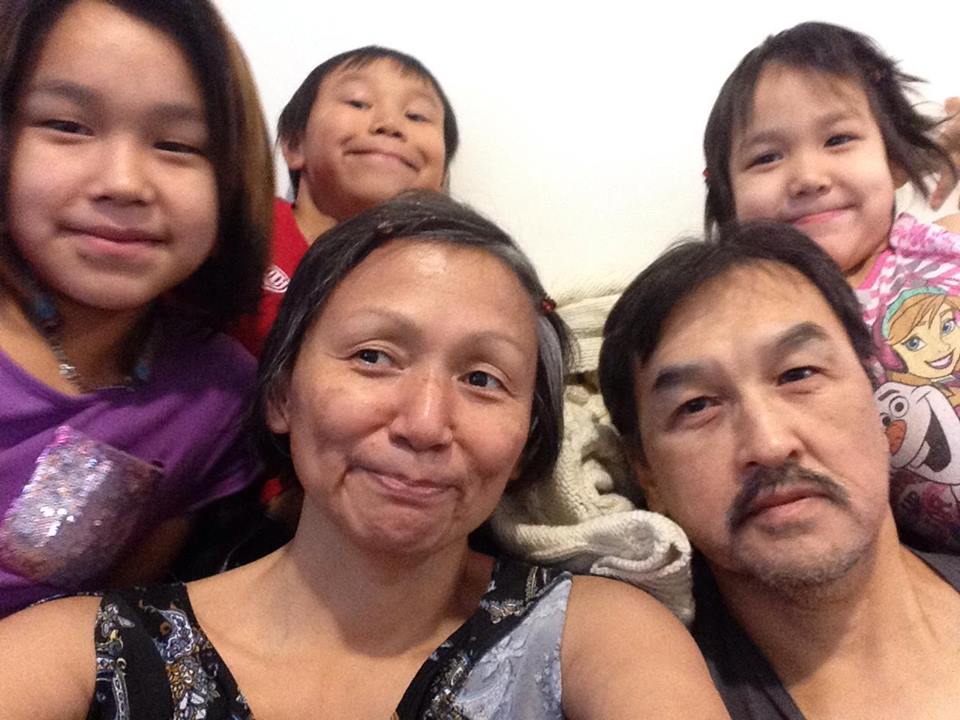 And while the girl’s mother grieves her painful loss, Jeannie Sappa says she can at least understand why.

That’s in part thanks to the hundreds of testimonies, her own included, that made it to the national inquiry looking into the stories behind Canada’s missing and murdered Indigenous women.

Sappa’s 11-year-old daughter Alacie went missing in the Nunavik community of Umiujaq sometime between Oct. 23 and Oct. 24, 2017. On Oct. 28, the girl’s body was discovered on the tundra outside the village.

Alacie died of hypothermia, but she had been drinking alcohol at the time she went missing.

Sappa has spent the last few months asking questions. The most pressing of them: who gave an 11-year-old girl alcohol to drink?

An investigation into Alacie’s death remains open, but the Sûreté du Québec says there does not appear to be any criminal element.

The criminal element is there, Sappa said, but it’s much harder to trace.

When the National Inquiry into Missing and Murdered Indigenous Women and Girls hosted hearings in Montreal last month, Sappa, who is being treated for cancer in Montreal, requested a week-long break from chemotherapy to attend the hearings.

“I just had to go and attend and listen, to make sense about it and see if connects to my daughter’s story,” she said.

“When I was listening, it all connected. Everything I heard, I could relate to.”

What she heard was a shared experience of dispossession and suffering. A colonial policy that triggered loss, the effect of which has rippled through several generations.

Sappa’s own story begins with her grandparents, originally from Inukjuak, who were asked by the federal government to relocate to Grise Fiord in the 1950s. When they refused to go, they ended up in the Belcher Islands.

That’s when Sappa’s grandmother contracted tuberculosis and was sent south for treatment. The family was then relocated a second time to Kuujjuaraapik.

“A lot of things have happened,” she said, noting her mother’s generation was heavily influenced by alcohol and violence. “One thing after another led to loss.”

Jeannie’s own childhood home was an alcoholic one. She married at 18 and lived in a violent relationship for many decades until she finally left her husband.

The national inquiry’s mandate is to look into the systemic causes of all forms of violence against Indigenous women and girls.

Sappa gave a private statement to the inquiry March 14, detailing her life and that of her 11-year-old daughter. The testimony took six hours, and is one of hundreds that hasn’t been heard by the public.

“But for the first time, I felt, I’m not alone; I’m loved, I’m supported. I felt lighter.”

Since Alacie’s death, Sappa said her health has significantly declined. She is being treated for late-stage cancer and said the grief has taken a toll on her body.

“It seems like my life has been cut short,” she said. “But I want something good out of this.”

“I felt I took a step to stop a cycle of violence.”

Telling her story and that of her daughter to a public commission is one step.

Sappa said she is planning a project to celebrate Alacie’s memory, though she’s not ready to share details of it just yet.

Sappa said Kiluutaq school in Umiujaq has also launched an alcohol use awareness project for its students.