“Those who traffic illicit drugs and prohibited alcohol destroy lives, homes and communities” 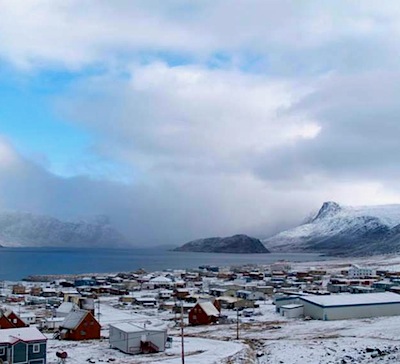 The Nunavut RCMP seized a shipment of alcohol and marijuana at the Pangnirtung airport at about 4 p.m. on Tuesday, March 13.

“As a result of the investigation, RCMP seized 10 60-oz.bottles of liquor and approximately 1,161 grams of marijuana destined for resale on the streets of Pangnirtung,” Cpl. Henry Coman said in a March 15 release.

No charges have been laid yet, but RCMP said they were made aware of the substance through an anonymous tip.

“Those who traffic illicit drugs and prohibited alcohol destroy lives, homes and communities,” the RCMP said. “The Pangnirtung RCMP remains fully committed to enforcing laws against illicit drugs and alcohol to their fullest extent.”

Pangnirtung is a dry community where alcohol is completely prohibited. About 1,500 people live in the Baffin community.

The Pangnirtung RCMP are thanking the public for their help.

The RCMP are also reminding Nunavummiut to contact their local RCMP detachment if they have information about a crime, or to contact Crime Stoppers by sending an anonymous tip by calling 1-800-222-8477 (TIPS), submitting a tip at www.nwtnutips.com or texting ‘NWTNUTIPS’ plus your message to 274637(CRIMES).