“This bank note is intended to captivate our imagination” 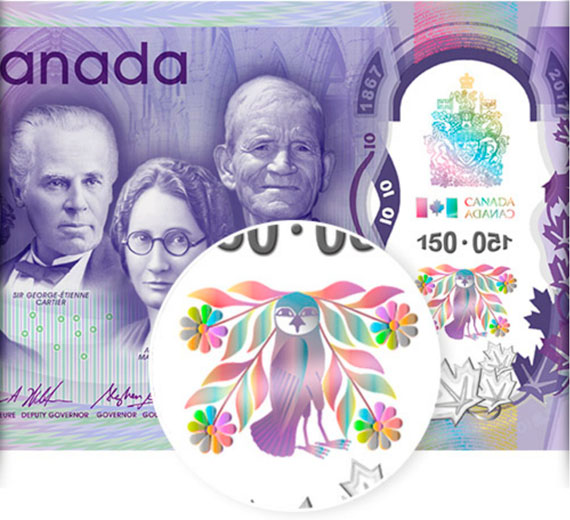 Here’s a section of the Bank of Canada’s commemorative $10 note, unveiled April 7 in Ottawa, that includes art by Kenojuak Ashevak of Cape Dorset: an image called “Owl’s Bouquet.” 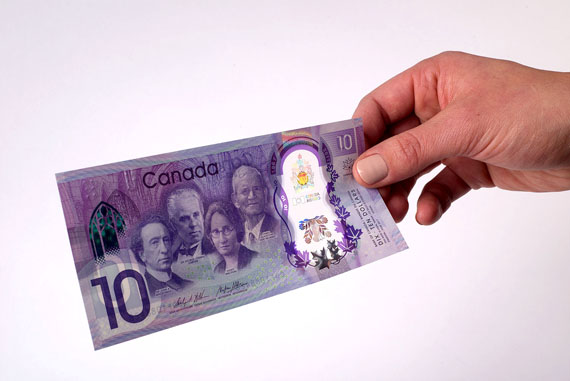 Starting June 1, the Bank of Canada will start distributing 40 million of these commemorative $10 bills through financial institutions.

An image by the late Kenojuak Ashevak of Cape Dorset, “Owl’s Bouquet,” will appear on a commemorative $10 bill that the Bank of Canada unveiled April 7 in Ottawa.

“This bank note is intended to captivate our imagination and instill pride in what we, as a nation, have accomplished,” Stephen Poloz, the Governor of the Bank of Canada, said in a news release.

The Bank of Canada will distribute 40 million of the commemorative $10 bank notes through financial institutions starting June 1 so that all Canadians will get a chance to see them prior to July 1 Canada Day celebrations this year.

The purpose of the special bank note design is to help celebrate the 150th anniversary of Confederation.

The commemorative notes will be distributed side-by-side with Canada’s existing polymer $10 notes and will bear the same exchange value, the Bank of Canada said.

In addition to the image by Ashevak, the note will show the portraits of four famous Canadians: John A. Macdonald and Sir George-Étienne Cartier, as well as Agnes Macphail, the first woman to be elected as an MP and James Gladstone of the Kanai First Nation in Alberta. Gladstone, also known as Akay-na-muka, was the first Indigenous person to serve in the Senate.

This is the first time that portraits of a woman and an Indigenous person have been represented on a Canadian bank note.

In late 2018, the Bank of Canada will issue another $10 note bearing the image of Viola Desmond, an African-Canadian businesswoman from Nova Scotia who in 1946 refused to leave a whites-only area of a movie theatre.

Desmond was jailed, convicted and fined in a Nova Scotia court for her action, which was the first known legal challenge against racial segregation in Canada.

“We celebrate Inuit creativity and achievement. Every time Canadians see the $10 bill, it will be a reminder that Inuit have been here for much longer than 150 years,” Kotierk said in a release.

Akeeagok said he and Kenojuak’s family are pleased.

“Ms. Ashevak’s drawings are known worldwide. I am pleased to be here with her family to celebrate this profound Inuk woman from our Qikiqtani region,” Akeeagok said.