“It’s a huge job, It’s just amazing what was here” 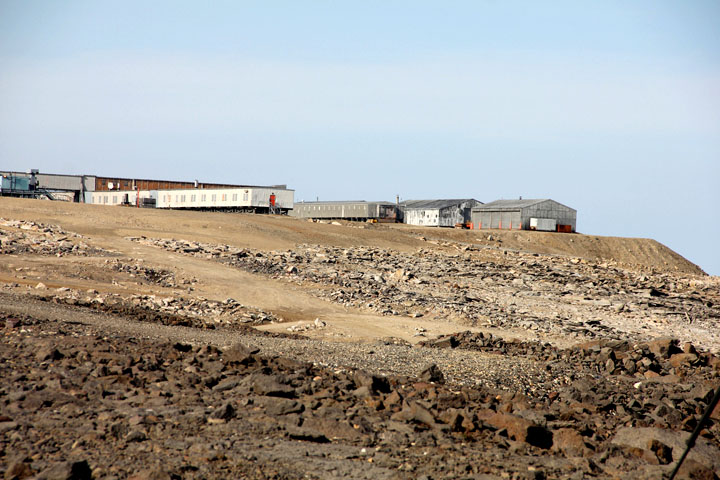 The upper site at Cape Dyer is where most of the operations were carried out in the 1950s and 1960s. This including rolling thousands of oil drums into a valley, where they were found and cleaned up last summer. (PHOTO BY SAMANTHA DAWSON) 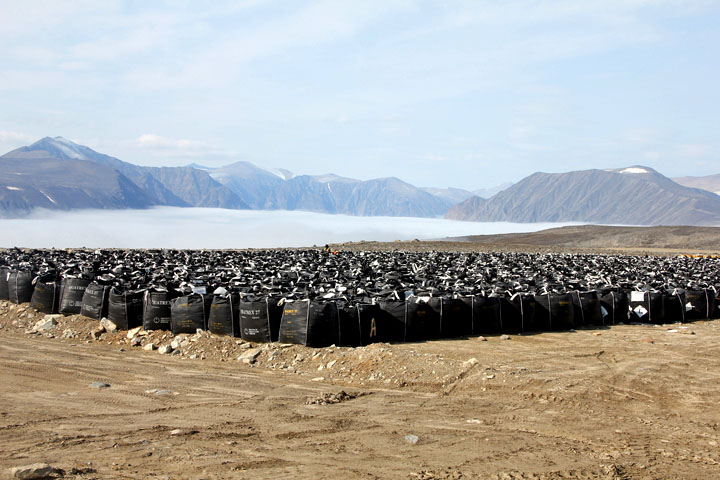 About 6,500 metric tonnes of bagged PCBs and other hazardous waste is waiting to be shipped out of Qikiqtaaluk Logistics’ Cape Dyer remediation site. (PHOTO BY SAMANTHA DAWSON) 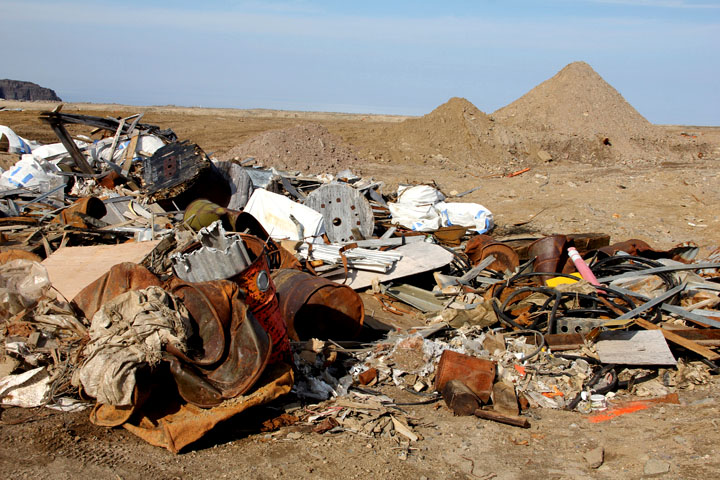 Some of the garbage found lying around the Cape Dyer site. Completion of work at Cape Dyer is on schedule to finish by the end of next summer. “There’s no choice in that,” project manager Greg Johnson said. (PHOTO BY SAMANTHA DAWSON)

The Cape Dyer DEW line site cleanup by Qikiqtaaluk Logistics Inc., a subsidiary of Qikiqtaaluk Corp., has turned out to be a huge task, but will likely finish on time by the end of next year.

The site is the first time a wholly-owned Inuit firm has served as prime contractor on such a remediation project.

“This is a very big cleanup, this site is the biggest cleanup that DCC [Defence Construction Canada] had to do and in terms of numbers, this is the biggest site we’ve worked on so far,” said Greg Johnson, the project director at Qikiqtaaluk Logistics.

It’s the same size as the big clean-up job at Resolution Island that was completed in 2006, but with 10 to 15 more workers involved, mostly because of scattered debris that must be hand-picked over large, spread out areas, he said.

The Cape Dyer airstrip, which lies at an altitude of about 900 feet and sheer cliffs over 2,000 feet high, can be seen along the coastline in the area.

Most of the contaminants came from gas and oil spills, as well as from toxic building materials such as paint PCBs, asbestos and lead from the original Distance Early Warning site of the 1950s and 1960s, created with a string of others across the Arctic during the Cold War to detect long-distance bombers from the Soviet Union.

The contents of 350 drums also had to be sorted and managed on the site, with the upper site 2,400 feet above sea level, during the short summer months.

Another 150 drums need to be dealt with by debris collection crews. A milestone this year: taking down one of the billboards, a tedious task.

The concrete was still in good shape, but workers had to be careful.

“It could snap back and break someone’s head off, the guys doing this had to know what they were doing,” said project manager Dave Eagles, adding he wasn’t surprised at the size of the mess, considering the site operated for 30 years at a time when environmental standards remained weak.

“It’s a huge job, It’s just amazing what was here,” he said.

Because the Nunavut DEW line sites are in more remote locations and the logistics are more difficult, it takes longer to clean up, he said.

The hardest part is getting all the materials to the site, especially if it’s a piece of machinery or something happens after the sealift departs.

For the rest of the season, crews will finish covering off landfills, and trying to finish the upper site cleanup. The middle site has already been torn down, and work continues on the lower site, or the beach area.

Last year there were snowstorms in September at the upper site, stalling work.

“That’s why we have to put a lot of effort here now, to make sure that we can get the work done that we need to get done,” Johnson said.

There are four landfills altogether; two at the upper site, a non-hazardous waste landfill and a tier-two contaminated soil landfill, meaning it is dangerous to humans and the environment.

At the lower site there is also a tier-two and a non-hazardous landfill.

Cape Dyer was shut down in 1989, and is one of 21 DEW line stations that were decommissioned. To clean them up will cost about $575 million.

The air traffic control radar station at Cape Dyer will continue to operate.