Inuit broadcast centre reclaims the past, steps into the future

“It’s about time that IBC has its own building” 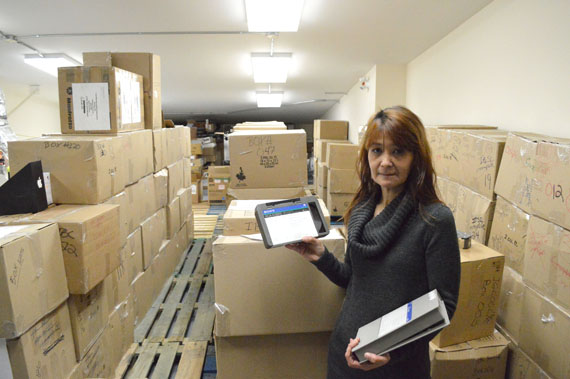 IBC archivist Loretta Kanatsiak surrounded by boxes full of old analog video recordings that she will digitize one tape at a time. (PHOTO BY STEVE DUCHARME) 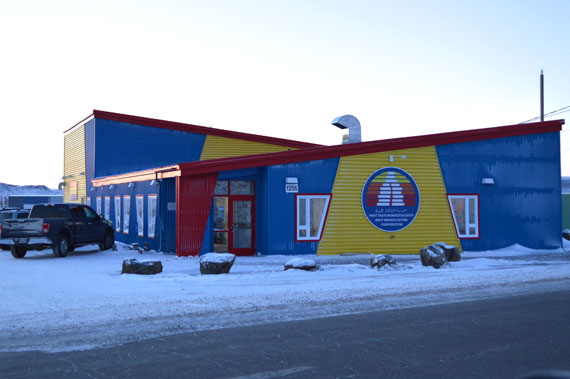 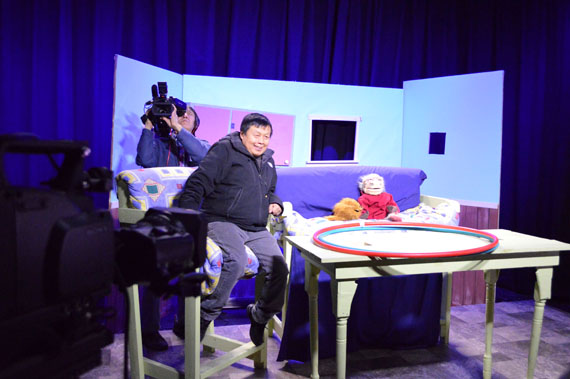 Johnny the Travelling Lemming, whose head is just poking above the table, talks to reporters Dec. 4 at the opening of IBC’s media arts centre in Iqaluit. (PHOTO BY STEVE DUCHARME)

For the Inuit Broadcasting Corp., its newly completed Nunavut Media Arts Centre is a step into the future — and a reclamation of the past.

That much was apparent at a Dec. 2 open house at the IBC’s new $8.6 million building tucked away on Federal Rd. near Iqaluit’s downtown core.

“It’s about time that IBC has its own building and it is something that will benefit not just IBC itself but Nunavummiut, because we can now say we own our own media in Nunavut,” said Paul Quassa, Nunavut’s education minister.

Quassa frequently hosted and produced IBC programs in the 1980s and 1990s.

“We used to do live programming, and now they have their own centre that should become more accessible. IBC was originally made to ensure our language survived and I certainly think this will enhance that,” Quassa said.

“As I recalled working for IBC as a director before becoming MLA, it was very rewarding to be part of the corporation,” said Monica Ell-Kanayuk, the minister of economic development, after a ribbon-cutting ceremony.

The new building is equipped with state-of-the-art video and audio editing suites, a new sound stage, and a digital server farm that will store decades of IBC programming.

And the process of transferring and archiving all that historic footage may be what defines the first few years of IBC’s occupation of their new building.

That’s because hidden away in the attic-like top floor are rows and rows of boxes storing IBC’s videotape legacy.

“There are thousands and thousands of tapes up here,” IBC production manager Catherine Carry said.

“A lot of those video tapes were done in the early seventies on pneumatic tapes. They’re already deteriorating. We’re losing about five per cent [on every tape].”

The IBC began the process of digitizing their tapes a few years ago and have digitized about 2,500 video files so far, Carry said.

It costs about $54 dollars to properly digitize and archive one tape. Some of that work is being done in Ottawa.

As for the tapes that remain in Nunavut, the task of transferring these will fall on archivist Loretta Kanatsiak.

Old tape formats, such as Betamax or 3/4-inch cassettes, will first have to be transferred into the more modern DV format.

That process — the most time-consuming — is a lot like making a copy of an audiocassette on an old stereo.

The DV format can then be transferred onto a computer hard drive.

Kanatsiak estimates it will take years to get through all the tapes.

“I’m putting in two days to concentrate on digitizing and on the other days I’ll be working on something else,” she said.

A digitization program will eventually be created to help Kanatsiak with the process.

Though donations from private businesses as well as organizations such as Nunavut Tunngavik Inc. and the Qikiqtani Inuit Association, construction of the Nunavut Media Arts Centre was completed on budget.

“We were lucky. Once we started building, there certainly were challenges,” said the vice president of IBC, Debbie Brisebois.

“We had some issues with materials. That got sorted out, we got caught up, and it ended up on time and on budget, which is amazing,” Brisebois said.