“He taught us the true meaning of forgiveness” 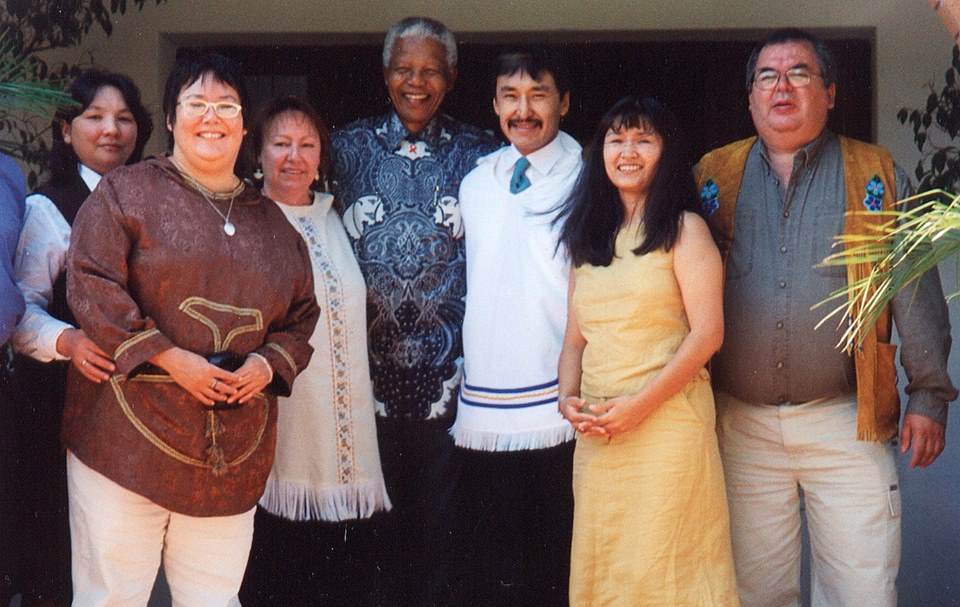 Inuit lose a friend Dec. 5 when Nobel prize-winner and South African leader Nelson Mandela dies in South Africa at the age of 95. Here, in 2000, Mandela meets with a delegation of Inuit and northerners, who include Sheila Watt-Cloutier, to Mandela’s left, and former Nunavut premier Paul Okalik, now Nunavut’s justice minister, to his right.(FILE PHOTO)

Canadian Inuit leaders say they plan to celebrate the life of Nelson Mandela, 95, who died at his Johannesburg, South Africa home Dec. 5.

Mandela may have lived a world away, but Inuit leaders say his fight against racism, inequality and poverty resonated deeply with Inuit.

“Nelson Mandela taught us to stand up for our rights, and perhaps just as importantly, he taught us the true meaning of forgiveness,” said Terry Audla, president of Inuit Tapiriit Kanatami, in a Dec. 5 release. “His lessons on reconciliation have been an inspiration to Inuit during our own process of truth and reconciliation.”

“His work began in a time when it was dangerous to rebel against apartheid, when fighting the oppressor was truly life threatening,” Towntongie said in the release.

“His unwavering courage has inspired so many people, including many Inuit,” she said. “I humbly thank him for his passion and commitment.”

Only months after Mandela was released from a South African prison in 1990, he left to travel through Europe and North America.

Travelling from Canada and Ireland, Mandela’s plane touched down briefly in Iqaluit, where local people turned up in the middle of the night for a chance to meet him.

“What struck me so forcefully was how small the planet had become during my decades in prison; it was amazing to me that a teenaged Innuit (sic) living at the roof of the world could watch the release of a political prisoner on the southern tip of Africa,” Mandela wrote in his 2010 memoir Conversations with Myself.

In 2000, Mandela also met with Inuit representatives in Johannesburg during intergovernmental negotiations on a global convention to eliminate persistent organic pollutants or POPs.

“He modelled such integrity, strength, and resilience in the face of such public persecution for his leadership in the anti-apartheid movement,” said Sheila Watt-Cloutier, who was then president of the Inuit Circumpolar Conference.

“When he came out of prison, his calm, wise and inclusive leadership style resonated with Inuit as our own culture reveres the same attributes in our elders.”

“The world has suffered a great loss,” Aglukkaq wrote. “Nelson Mandela was a visionary leader and an inspiration to all.”