IPCC report: Climate change will leave no one untouched 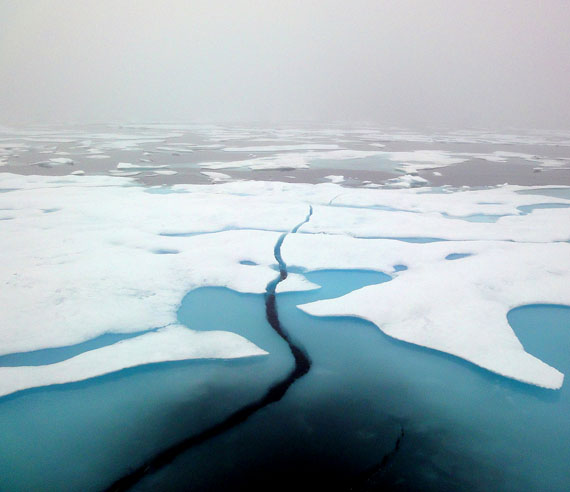 Melting Arctic sea ice could provide some opportunities, but a new UN assessment says the world is “ill-prepared for risks from a changing climate.” (PHOTO BY JANE GEORGE)

If the extent of climate change continues to increase, “the very social stability of human systems could be at stake,” Rajendra Pachauri, chairman of the Intergovernmental Panel on Climate Change, told journalists March 31 in Yokohama, Japan following the release of an IPCC report on the future impacts of climate change.

The 2,610-page report from the United Nations found that the effects of man-made climate change are already occurring on all continents and across the oceans.

And if the world doesn’t do anything about decreasing the emission of greenhouse gases, the extent of climate change will continue to increase, the report said

And everyone will feel the impact, Pachauri said.

“Nobody on this planet is going to be untouched by the impacts of climate change,” he said.

The world, in many cases, the IPCC said is “ill-prepared for risks from a changing climate,” which in the Arctic, will mean a changed landscape with decreasing summer sea ice, reduced glaciers, less snow, melting permafrost, the disappearance of some lakes and the creation of new ones.

Thousands of experts contributed to the report, called “Climate Change 2014: Impacts, Adaptation, and Vulnerability,” the second in a new series of assessments on the world’s climate.

In 32 volumes, they list the estimated impacts of climate change to date, the future risks from a changing climate, as well as the opportunities for action aimed at reducing risks.

They conclude that there are opportunities to respond to such risks, though the risks will be difficult to manage with high levels of global warming.

In the Arctic, positive effects are expected to include “modest reductions in cold related mortality and morbidity in some areas due to fewer cold extremes.”

But the report says the changing Arctic environment will bring “risks for the health and well being of Arctic residents resulting from injuries and illness from the changing physical environment, food insecurity, lack of reliable and safe drinking water and damage to infrastructure.”

The report suggests some ways to adapt to these changes, such as monitoring and economic diversification, but does not spell out who would pay for these adaptive measures.

Click on this link for a downloadable PDF of the report’s summary for policy-makers. (13.2 MB)