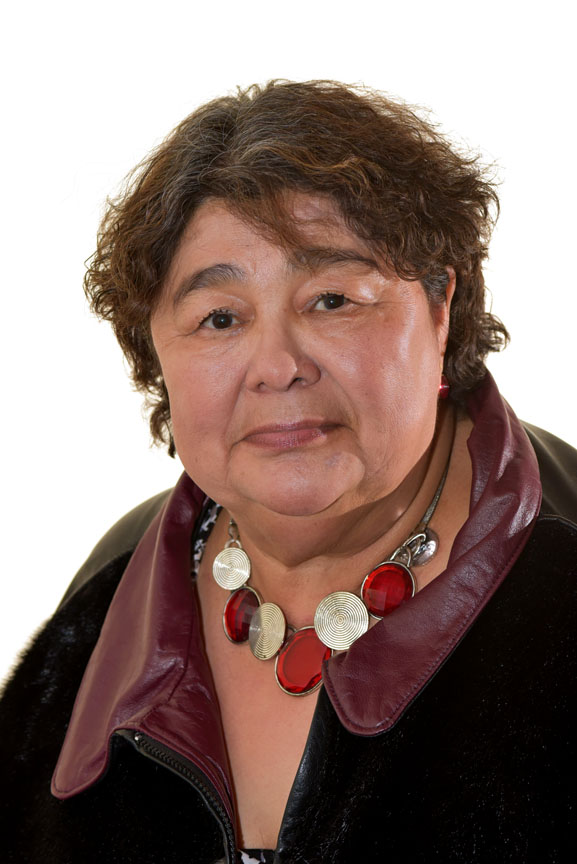 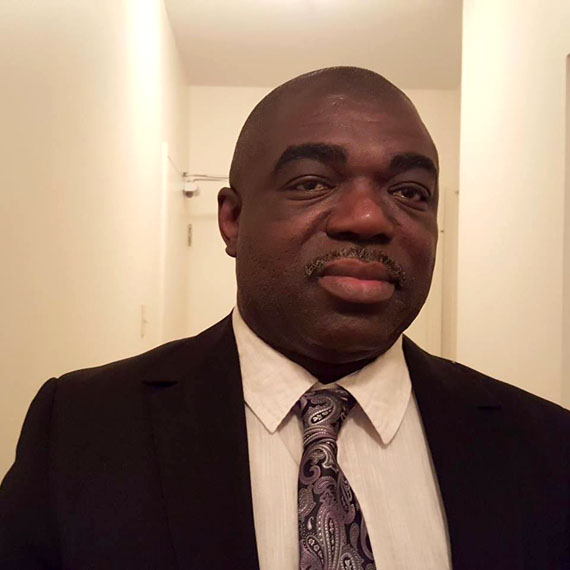 Jude Lewis wants to see the creation of a minister of homelessness position, so that the issue gets enough attention in the legislature. (PHOTO COURTESY OF JUDE LEWIS) 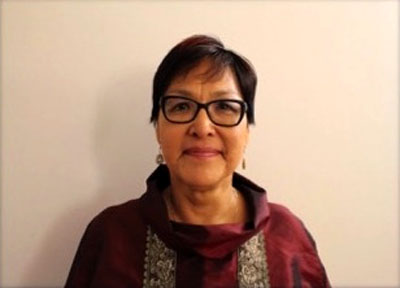 Okalik Eegeesiak is running again, after being removed from the ballot in 2008. This time around, she’s focused on community support, and she wants to see more efficient and effective funding applications developed by the GN. (PHOTO COURTESY OF OKALIK EEGEESIAK) 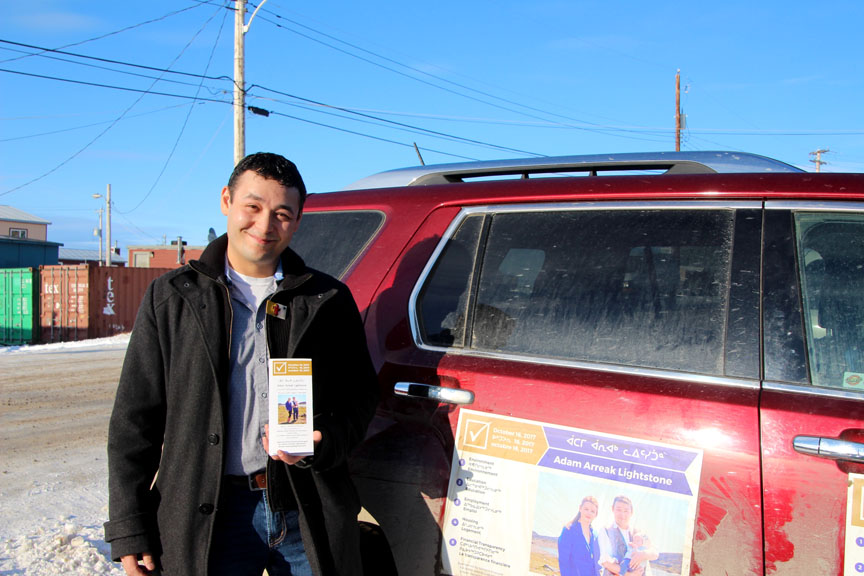 Advance polls are open and candidates in Iqaluit-Manirajak are running full speed ahead with their campaigns for the Oct. 30 Nunavut election.

Monica Ell-Kanayuk, the minister of Economic Development and Transportation for the outgoing government, said her focus right now is to get elected as MLA.

Like all other cabinet ministers, Ell-Kanayuk retains her cabinet position until after the election, when a new group of MLAs will pick a premier and cabinet.

But she said it will be up to those MLAs to decide if she’ll keep her cabinet job.

Ell-Kanayuk has served as MLA for six years, after winning the seat in a 2011 byelection.

“With my experience and background, I can get right to work for the constituents,” she said.

Ell-Kanayuk described the coming Iqaluit port and small craft harbor as a success arising from her time in office. She said that, if re-elected, she would keep infrastructure at the forefront of government spending, from roads to housing.

And she wants accessibility to be a key component for any new government infrastructure.

This, she said, would ensure “that the disabled are not forgotten when facilities are being thought of in Nunavut.”

The new Iqaluit airport is a good example of an accessible government building, and ramps for getting onto airplanes have been introduced, she said, “so people can get in and out with dignity. That has always been my priority,” she said.

If Ell-Kanayuk could pick one new project she would like to work on, it’s transitional housing for the homeless, where homeless people could get the support they need to keep a home or hold down a job.

Candidate Jude Lewis is basing his campaign on homelessness, as well as mental health support.

He said the umbrella issues addressed by all candidates, like education, Inuit employment and health, “all come back to housing.”

Lewis has made Iqaluit his home for 18 years. He has been a part of the Iqaluit Rotary Club and volunteered with youth hockey while his son was growing up.

He said he has been asked to run for office before, but waited until he was finished raising his family.

As the territorial dental coordinator, Lewis has spent a lot of time travelling to small Nunavut communities to promote oral hygiene.

He said he sees far too many children falling asleep in his dental chair, because they’re exhausted.

“They don’t get a proper night’s rest, so they can’t function,” he said.

And, without a home, kids don’t have a proper place to study or a place to make good meals, he said.

Like other candidates, Lewis wants a transitional housing program set up in Iqaluit.

“I don’t think anybody should be living like this, and we have an obligation to look out for our fellow brothers and sisters,” he said.

“They need a minister of homelessness to give it that priority in the government. That will help alleviate the issues that we are having.”

Under the now dissolved Nunavut legislature, the territory’s Department of Family Services minister was also responsible for homelessness.

Lewis said this would help to combat problems caused by high turnover in community healthcare positions, and could provide jobs for Inuit in small communities.

Okalik Eegeesiak is making community the focus of her campaign.

“It shouldn’t be a government focused platform,” she said, saying that “holistic programming” within areas of health and education would benefit Inuit best.

“We say programs are important,” but that needs to be shown she said. “Government could be more inclusive and responsive to the needs of the community.”

Eegeesiak was disqualified when she attempted to contest the 2008 territorial election, because she had not lived in Nunavut for at least 12 consecutive months prior to election day that year.

To run for MLA this time around, Eegeesiak has taken temporary leave from her position as international chair of the Inuit Circumpolar Council. She was also president of Inuit Tapiriit Kanatami in 1999 when the territory was formed.

Eegeesiak confirmed that she would be open to serving as premier if she is elected and nominated for the position.

“My platform includes my track record in terms of representing the community,” she said. “I’m bilingual, I’m from the community, I’m female, I’m experienced and I have a good network.”

Arreak Lightstone has held various finance positions within the Government of Nunavut and wants to use his knowledge of financial processes to bring about change.

Many financial aid programs in the GN need tweaking to work better for residents, said Arreak Lightstone. He is originally from Rankin Inlet, but moved to Iqaluit in 2003.

He used the Financial Assistance for Nunavut Students, or FANS, program as an example.

He said he knows from experience that the education allowance is barely enough to scrape by while studying in the South, and added that it wouldn’t be enough to attend a Nunavut Arctic College campus from another community without other sources of funding.

“If the government wants more educated Inuit, it needs to give them the support that they need,” he said.

He said the same goes for a GN program that provides down payment assistance to homeowners, because current income caps in the program can easily restrict a dual-income family from accessing the funding.

“I would like to see the government do more to encourage home ownership, because I see that as a long-term solution to Nunavut’s housing problem,” he said. “People take pride when they own their own home.”

Not only does he, like other candidates, want to see transitional housing, he also thinks a lease-to-own program could help build homeownership.

Or, he suggested, the GN could increase housing allowances so employees can afford mortgage payments. He said that right now, GN contributions for housing subsidies mostly go to private real estate companies.

“Once people retire they are kicked out of their staff housing and are left with nowhere to go,” he said.

Arreak Lightstone also wants to put an end to what he calls “20-minute lunches” where children in Iqaluit are bused home from school over the lunch hour.

“Some of these kids are being bused home and they have empty fridges,” Arreak Lightstone said. “The government is spending dollars on bus contracts when they should be feeding these kids.”

Arreak Lightstone said he is seeking election in part because of his five-month old son.

“I want him to grow up in a prosperous Nunavut,” he said.

He is also running because he believes his background “provides an amount of financial and corporate knowledge that would be an asset to the legislature,” he said.