“Services should be more culturally inclusive” 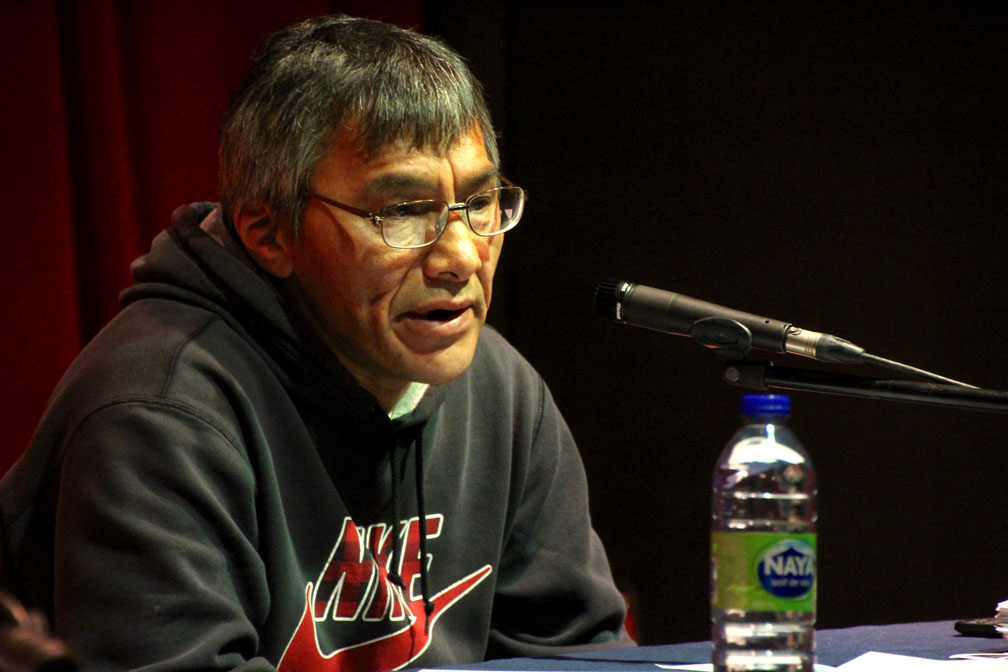 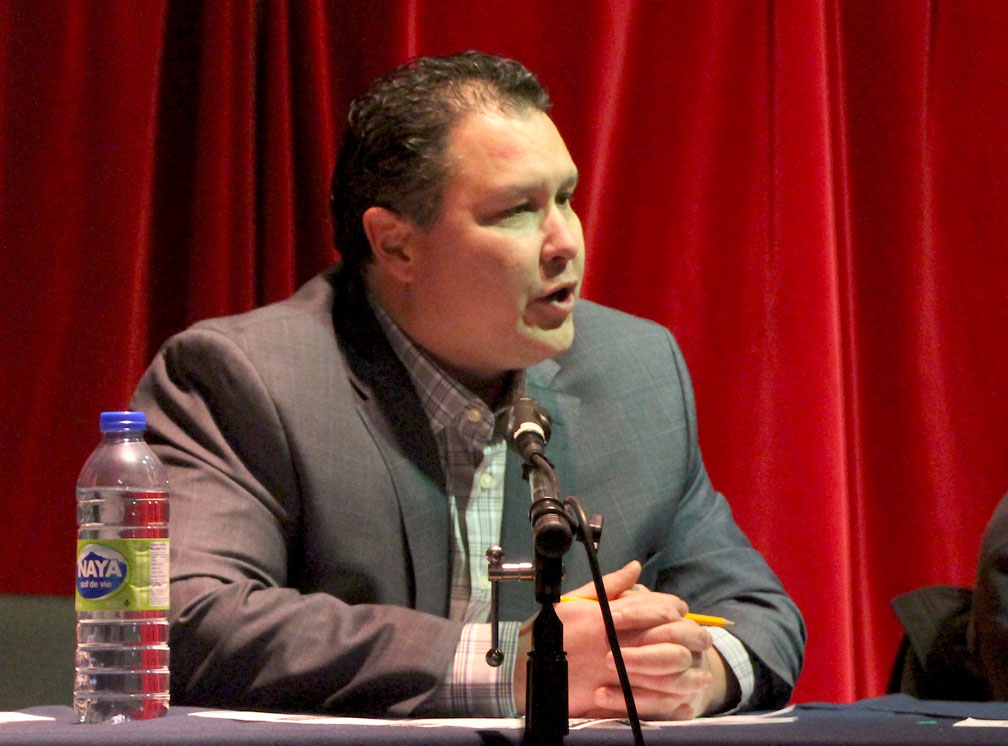 Candidates were given five minutes to pitch their campaigns, before fielding questions drawn at random and read by organizers.

As the territory’s current health minister, incumbent George Hickes was happy to start with a question on health care.

The Government of Nunavut’s lack of capacity is the real reason for the GN’s struggles, Hickes said.

This leads to health-care facilities that are understaffed and limited in many specialized areas of medical care, such as cancer care, which Hickes said can be improved in Nunavut.

“There is no reason that we can’t provide some levels of cancer care here,” Hickes said, adding that he wants to see improvements soon.

He also said fostering current staff members is important: “We need to make sure that our indeterminate nurses are the ones that are cared for. They have committed to living in our communities.”

Candidate Jacopoosie Peter said health care is a problem nationally, but that language—and lack of translation—makes health-care delivery even more difficult in Nunavut.

“That’s where the government has failed. They have failed to provide that service,” he said, adding that Inuit traditions have to be considered when providing health care.

“Services should be more culturally inclusive,” he said.

Peter also told listeners that, as an elder told him, the definition of health should include physical, mental and spiritual health.

While neither candidate were experts at addressing the problems facing Nunavut Arctic College, they took a crack at answering a question about delayed programs and inconsistencies in course delivery that students have found frustrating.

Peter said he would like to see more support for young Inuit men who attend college programs.

“There seems to be a pattern of putting down male Inuit in many programs,” he said.

Hickes said more care should be taken in the hiring process for educators, so that positions are filled with qualified instructors before a course is taught.

And for Iqaluit students, he said better access to residence rooms would be one way to support post-secondary education, so that students aren’t required to live in overcrowded family homes while in college.

“They would benefit greatly in their academic studies by living in residence and having access to the same support that visiting students have.”

When asked about the Nutrition North Canada program—which the debate question said has been criticized for benefiting retailers more than consumers—both candidates said new solutions are needed for the program.

“The Nutrition North program, it’s been a failure,” Hickes said, adding that he was very vocal about this recently with the federal minister responsible for the program while attending a discussion on food security.

Hickes said a new model should provide a subsidy to consumers, and that profit margins should be set for food sold under a subsidy, while Peter said Inuit organizations should do more.

“We need to be working closer with Inuit organizations, NTI, QIA, who could be helping in support of initiatives that are healthy for our people,” Peter said.

And he said the federal government should learn from innovative northerners who are working around the problem of food insecurity.

“These are initiatives people undertake,” he said. “It wouldn’t be hard for government to do what people do. It doesn’t take years of research.”

The final question asked the Iqaluit-Tasiluk candidates to share what they did in their spare time to improve their communities through volunteer work.

Peter said he has been involved in the Anglican church in Apex and made a point of supporting and counseling friends and relatives who are struggling emotionally and spiritually following deaths in their families.

He has served also a district education authority member for more than 20 years, he said.

Peter said he has not been involved in Nunavut politics much in the past because he was against the creation of the territory and “opposed adamantly” to the Nunavut land claims agreement.

Hickes said he coaches hockey as a way to “provide guidance, leadership and mentorship to our youth from a sports standpoint.”

Besides volunteering to speak as a local politician at community events, he occasionally joins his family when they volunteer at the soup kitchen together.