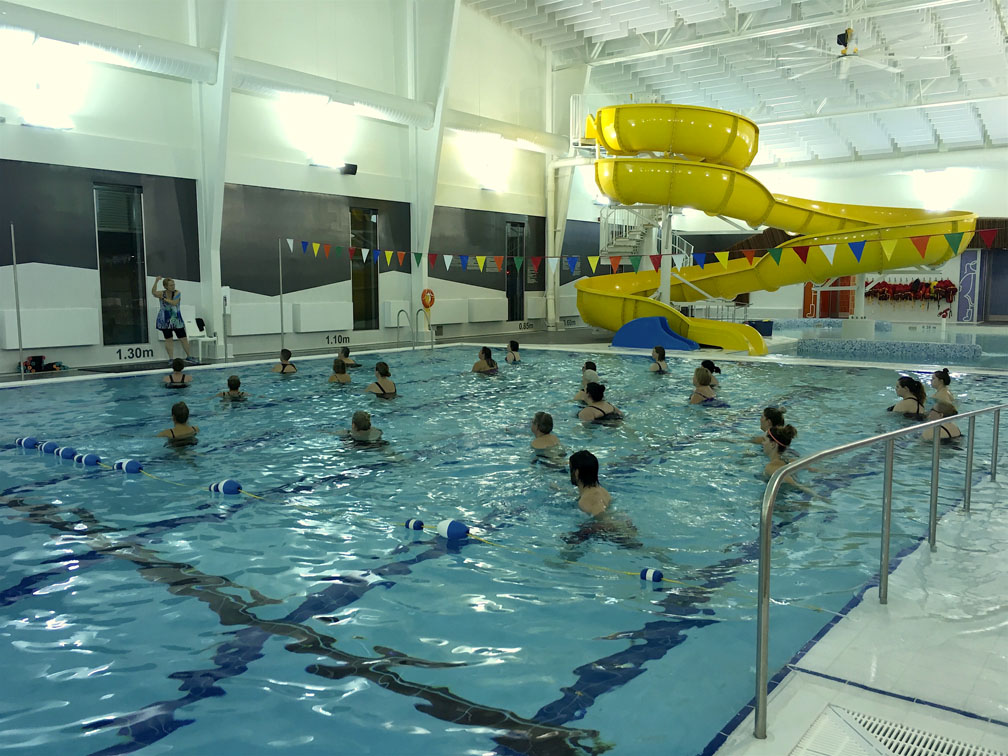 Some users of the aquatic centre in Iqaluit say their possessions have been stolen while they’re using the facilities. (FILE PHOTO) 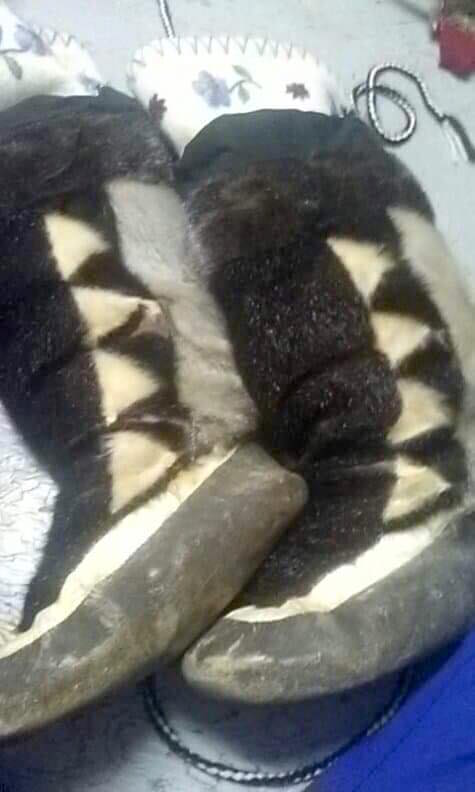 It didn’t take long for an Iqaluit woman’s stolen kamiks, shown here, to appear on a Facebook sell-and-swap page with a $500 price tag. She’s since had them returned. (PHOTO/FACEBOOK)

Imagine a woman’s dismay when she finished a session at Iqaluit’s Aquatic Centre on Tuesday evening.

Someone had stolen her seal-skin kamiks, leaving her to get home in -44 C temperatures with nothing on her feet but socks.

“I had them made in Pang five years ago and they have a lot of sentimental value,” she said on the Iqaluit Public Service page when she got home. “If you took them, please return them to the guest services desk at the pool. There will be no questions asked,” said the Iqaluit woman, who did not wish her name to be used in this story.

But as soon as she posted that plea, she learned that someone had already offered to put her kamiks up for sale on a swap-and-sell page, and other posters were quick to name the identity and address of the person in question.

She said she made a complaint to the pool and the police, who apparently visited the home of a pre-teen girl. The woman has since had the kamiks returned.

Among the comments following her posting—which have since been removed, one came from a man who called the incident “pathetic.”

Her kamiks are just two of the items that Iqaluit residents have lost recently, judging from social media postings from people trying to link up with their missing items, which recently have included a phone, boots and a new backpack.

The City’s spokesperson, Andrea Spitzer, told Nunatsiaq News that the Aquatic Centre has measures in place to ensure the safety of personal belongings.

“Facilities staff are scheduled during the busiest times to monitor the change-room areas in addition,” she said. “All staff are always vigilant and report anything suspicious.”

But Spitzer said that, because the aquatic centre is a public venue, those using its facilities, which include a pool and fitness centre, need to remember they are responsible for their personal belongings—something to keep in mind as the aquatic centre gets ready to celebrate its first anniversary on Friday, with a variety of events, including a public swim and beach party in the afternoon.

To keep belongings safe, Spitzer suggested people should use a sturdy padlock when they store personal items, such as bags, boots and coats, in a locker and keep their keys and lock combinations secure.

The woman whose kamiks were taken told Nunatsiaq News that she had left her boots in the hallway outside the changing rooms—as instructed by signs.

But many users say it’s always safer to bring footwear inside and lock them away in a locker if you don’t want them to be stolen.

The pool used to rent locks for these lockers. Now you have to bring your own, which some say has made it easier for potential thieves to steal things.

And some say locks have also been cut open inside the changing rooms.

“Anyone who is caught stealing will be subject to the Recreation Facilities Policy for Inappropriate Behaviour. Consequences include having passes revoked and/or suspensions from the facilities,” Spitzer said. “Consequences may also include filing a report with the RCMP.”

Mayor Madeline Redfern said in a tweet circulated last night that the young person caught stealing Tuesday had been suspended from the Aquatic Centre and that City staff would meet with the child to discuss the violation, length of suspension and terms of return, “when deemed appropriate.”