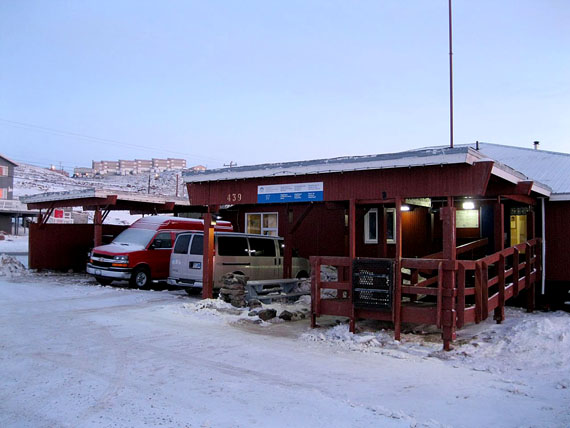 The Illagiittugut Children’s Group Home in Iqaluit, which has taken on children and youth of all ages since its beginnings in the late-1980s, will take on youth aged 10 to 16 years old as of January 2014. (PHOTO BY PETER VARGA)

The Illagiittugut Children’s Group Home in Iqaluit will change its focus to serve youth aged 10 to 16 as of January 2014, Nunavut’s department of family services says.

The change brings new focus to the home, which, dating back to its beginnings in the late-1980s, served children of all ages, up to the age of 18.

“In theory, it’s there to serve a wide range of kids,” said Peter Dudding, director of children and family services for the department. “In practice, it’s generally had a population of younger children,” more often under the age of 10, he said.

“Over time we’ve had a population of younger children living there longer,” Dudding said. “It’s really that issue that we had a very hard look at.”

The department concluded that raising children “in a group-care environment for longer periods of time is really not the best fit or the best match for their needs,” Dudding told Nunatsiaq News, Nov. 28.

“We can do better for these children by providing better planning to get them either back to their family of origin or to some other form of family care, and making sure we’re moving them on to permanency rather than growing up in a group-care kind of facility,” he said.

“That really reflects the best practice for younger children.”

Illagiittugut is home for as many as eight children and youth at a time, who are taken in either because their families cannot provide for them, or in some cases “where the needs of the child behaviourally or physically are such that they can’t be cared for in their own home,” Dudding said.

Located in the Happy Valley neighbourhood of Iqaluit, the facility is designated as a “parent-model staff-supported group home for children,” Dudding said.

As such, the home is run by a couple who serve as parents to the kids, supported by qualified child and youth workers.

Marilyn Kennedy, who manages the home with her husband Wade, declined to comment on the changes. The couple are employees of Ivik Enterprises, which runs the home on a contract for the government, under the supervision of family services.

The shift to taking on youth aged 10 to 16 requires some adjustment of staff.

“They’re certainly going to require some reorientation around their skill sets in parenting and behaviour-management, and expectations,” Dudding said.

“It’s one thing to be dealing with a difficult and traumatized six-year-old than with a 14-year-old. They’re going to be acting out their hurt or their loss or confusion in different ways.

“Parents or substitute parents and staff need to be trained and supported in responding in different kinds of ways.”

The change causes some concern for staff member Krista Wells, who has worked as a counsellor at the facility on a part-time basis for the past six years.

“I’m concerned for the little kids. I hope most of these children can be placed in foster homes,” Wells said, pointing out that there is a shortage of such homes in the community.

“We have children with special needs, developmentally-delayed children, and as unfortunate as that is, most of them are much harder to place in foster homes.”

Wells added that she fears family services may have to fall back on accommodating some children at the group home in emergency situations, even after the changes are made, due to the shortage of foster homes.

The family services department does “a lot of recruitment for foster homes and we continue to encourage interested people to come forward” to provide foster care, he said.

Using the group home as last resort, to take on younger children who can’t find foster homes “is what we’re working very hard to avoid,” Dudding said, “ because that’s providing children with less than what we would want for our own children.”

Any need for more services or supports for children’s parents or their family should be provided in the home, he said.

“If we’re not able to do that, the next level of consideration is really around the extended family, who may be able to step in.” Foster care or adoption would be the next option.

“We’ve done a fairly careful analysis around the children who are in the children’s group home, and what their needs are, and what are the best plans for them,” Dudding said.
“We’ve also done some analysis looking forward, on what kinds of needs we [in Iqaluit] have.

“A lot of planning and thought has been going into what’s in the best interests of the children that we serve here.”