“Every province and territory except Nunavut has a distracted driver law” 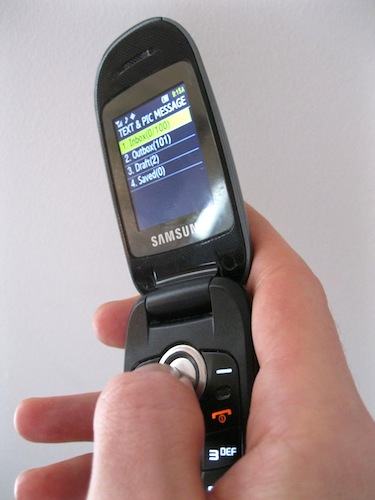 Cellphone use and driving don’t mix, Iqaluit city councillors and one concerned resident agreed at a Sept. 24 meeting. (PHOTO BY PETER VARGA)

Iqaluit resident Joanasie Eejeesiak found a welcome audience with city council Sept. 24, when he came to tell them he was concerned about drivers using their cellphones at the wheel.

By the end of the meeting, councillors agreed to take a proposal for a distracted driving bylaw to the territorial government, through the Nunavut Association of Municipalities.

“I’ve seen a few cars that almost went off the road, because they’re texting or on their cellphone,” Eejeesiak told council at the start of the meeting. “I would like to know what you guys would do about stopping people from using their cellphones and driving at the same time.”

By coincidence, councillor Kenny Bell was set to bring the item up for discussion later, and Eejeesiak’s concern found an immediate response.

“I think we need to put a distracted driving bylaw in place in Iqaluit,” Bell said. Even though the city is small and speed limits are low, “you could be driving five miles an hour and texting, and crash, or hurt somebody,” he said.

Coun. Romeyn Stevenson asked the city’s chief municipal enforcement officer, Kevin Sloboda, how the city could implement and best enforce such a law at the municipal level, or if this were best left to the territorial government.

“Pretty much across Canada, every province and territory except Nunavut has a distracted driver law itself, and it’s a provincial law in one form or other,” answered Sloboda. “That’s not to say you couldn’t put it in a bylaw, because it’s a matter of public safety.”

Iqaluit’s municipal enforcement department had discussed the possibility of passing such a law with the Government of Nunavut, he said.

Council decided to include the question as an item to be tabled at the next annual general meeting of the Nunavut Association of Municipalities, which take place Oct. 19 to Oct. 25 in Iqaluit.

Stevenson proposed the city make a resolution of NAM to the territorial government, requesting that “distracted driving issues” be included in the Nunavut’s Motor Vehicles Act.

Councillors added further items for the agenda of NAM’s annual general meeting. These included a request for support of harbour improvements and construction of small craft harbours in Nunavut communities, proposed by Stevenson, and a proposal by Coun. Terry Dobbin to penalize drivers for derelict vehicles and unpaid traffic tickets.

“I just find there’s no repercussions for traffic violations, and I would like to see that brought to the meeting,” Dobbin said.