“I’m taken back. Administration is again leaving council in the dark” 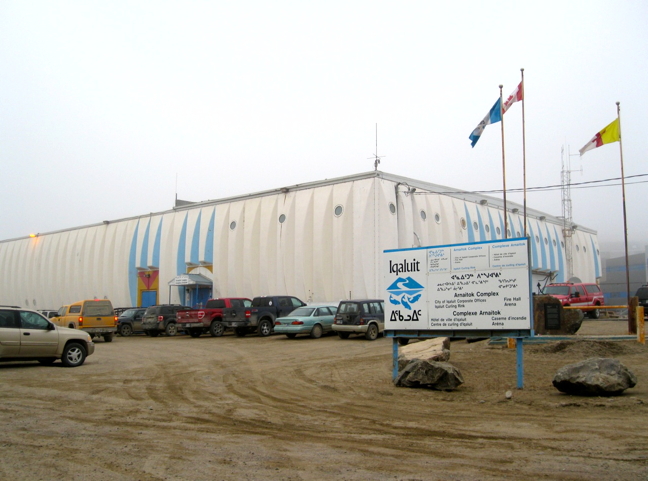 Details are scarce but sources have confirmed a city of Iqaluit public works employee was seriously injured on the job April 18 and is recovering from surgery in an Ottawa hospital. The Workers Safety and Compensation Commission is currently investigating the incident. (FILE PHOTO)

As a City of Iqaluit employee continues to recover from injuries he suffered in a serious workplace accident April 18, Iqaluit City Councillors are slamming city administrators for failing to inform city council about the incident.

“I’m taken back. Administration is again leaving council in the dark. I just found out about it today. City employees already know about it, everybody knows about it,” Coun. Terry Dobbin said in a statement at an April 26 council meeting.

James Dorrington, a city worker for seven years, is recovering at an Ottawa-area hospital’s trauma unit after suffering serious injuries on the job April 18 when a city garbage truck ran over him, sources told Nunatsiaq News April 26.

Dobbin said in an interview that he was told Dorrington was underneath the truck, trying to remove a piece of plastic stuck in the truck’s undercarriage, and that the driver did not appear to know Dorrington was there.

According to Dorrington’s public Facebook page, and those of his family members and friends, he underwent multiple surgeries April 19 and April 20.

“I just want to say thank you to everyone who sent well wishes and prayers. Please continue to pray for my recovery as I have to learn how to walk again,” Dorrington wrote on his Facebook page April 24.

“Wow, a 4 ton truck ran me over and I’m still here. Thank you Jesus. I will always be so grate fulll for life,” he wrote.

Nunavut’s office of the Workers’ Safety and Compensation Commission confirmed an incident involving a city employee occurred April 18 and that the office is currently collecting more information.

“Our legislation and privacy legislation prohibits us from sharing any further details,” a spokesperson for the WSCC office said.

But the spokesperson did not explain how that legislation would apply to confirming or denying the potential danger of unsafe garbage trucks on Iqaluit streets.

City of Iqaluit staff also confirmed April 26 that “an issue is under investigation,” but would not confirm if an employee was injured on the job.

John Maberri-Mudonyi, the city’s senior director of corporate services, would not answer questions April 26 about the safety of city garages.

But city councilors are not happy that city administrators did not tell them about the incident, and they are also raising questions about the safety of the city’s fleet of vehicles.

“I too would like to wish James my best wishes. I’m also taken back. It took Twitter to find out about this accident,” Coun. Gideonie Joamie said.

Joamie also said he wants city administrators to report to council on the condition of city vehicles.

“Given the fact we had a council last year that detailed the disrepair of our vehicles, I thought it would have been prudent for administration to keep on top of this and at least brief us,” Joamie said.

And Bill Fennell, the president of the Nunavut Employees Union, said the union is “worried for James and his family.”

He said Dorrington is an NEU member and that his wife, Pia Sowdluapik, is also an NEU member through her job with the Government of Nunavut.

Fennell said “we have been told” that the employee’s injuries resulted from an “unfortunate accident” and not the “misrepair of equipment.”

With files from Steve Ducharme, Thomas Rohner and Lisa Gregoire