“Not having any timeline has been a real challenge” 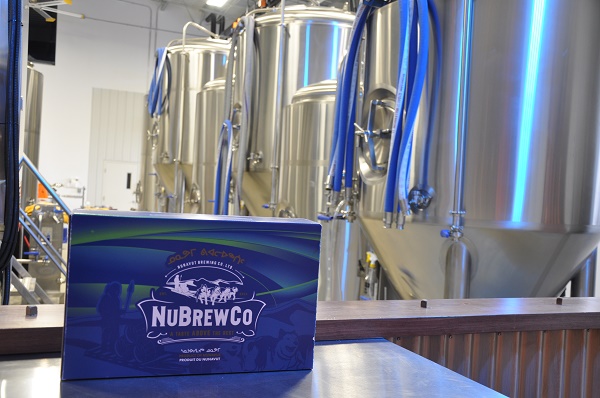 Bylaw #860, which would have updated the city’s existing water and sewer bylaw, was set to receive second reading at the council meeting on Tuesday, July 24.

But the proposal failed to receive council’s final approval, largely due to concerns over an amendment that some councillors fear could open the door to the privatization of water delivery in the city.

An important part of the proposed bylaw made room for private, licensed water haulers to apply to service businesses in Iqaluit.

The change was introduced to accommodate new businesses in town that are on trucked water service and require more than the 2,000-litre-per-day limit the city imposes.

At the centre of that change is the Nunavut Brewing Co., Iqaluit’s new brewery located in the industrial area, which would require an additional 8,000 litres of water each day for beer production.

The brewery and adjacent tasting room have already been approved by the city, but the business can’t start production or open to the public until it has adequate water delivery and sewage pick-up.

While some councillors caution the new bylaw could promote privatized water delivery in the city, the bylaw would only allow private water delivery to a small number of commercial and industrial properties in the city.

To address those concerns, Councillor Kyle Sheppard proposed an additional amendment that would forbid those licensed haulers from delivering to residential units, as well as require council to approve any applications to become a licensed hauler.

When the vote to approve the new bylaw failed, Sheppard—who had voted in favour—then introduced another motion at the same meeting to allow the brewery to secure its own licensed water provider.

That created confusion, since without the new bylaw, that provider would be governed by the city’s existing Bylaw #200, which does not specify how third-party water haulers can operate.

The motion resulted in a split vote, which Iqaluit Mayor Madeleine Redfern broke with her vote against.

At the same council meeting, council also voted to host public consultations on its water bylaw, which are expected to take place in in the coming months.

But the delay in approving the new bylaw is a setback for Nunavut Brewing Co., which has been prepared to open since last summer.

Katie Barbour, the brewery’s general manager, felt the council debate veered away from the key issue, which is how to service businesses which are on trucked water.

“I think it got a little muddled,” Barbour said.

“This is just about getting a truck to deliver water to us here because utilidor doesn’t service this part of town.”

The newly-opened Black Heart Café has similar needs as a business that serves food and drinks, while relying on trucked water.

Just blocks away, other Iqaluit restaurants have unlimited access to water via the city’s utilidor system.

“We’re looking at all of our options,” Barbour said. “We’re not stopping. We’ll just have to get more creative.”

For its part, NuBrew hopes to eventually draw its water from the nearby Sylvia Grinnell River. The brewery is also hoping to recycle any excess water from the brewing process.

“But not having any timeline has been a real challenge.”