Iqaluit deli closing down in wake of damaging inspection reports 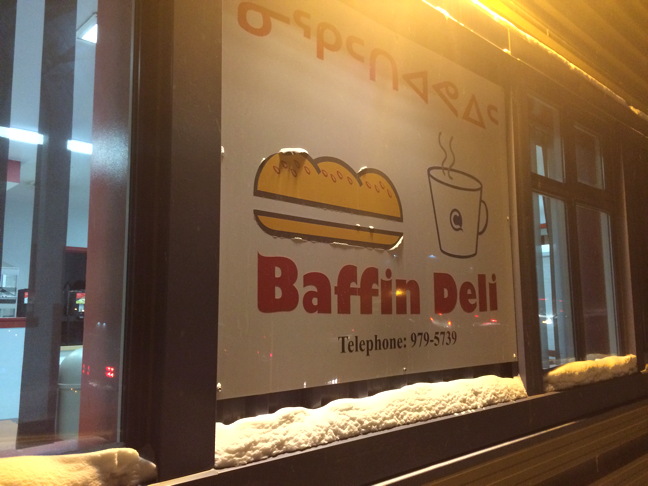 Baffin Deli, a popular Iqaluit take-out spot, is closing down two months after CBC reported food safety infractions from 2014 and 2015. The deli’s owners, Qikiqtaaluk Corp. did not respond to interview requests from Nunatsiaq News. (PHOTO BY STEVE DUCHARME)

On-the-go lunch options in Iqaluit will soon be more limited, now that a popular sandwich shop is closing its doors for good.

Staff at the Baffin Deli confirmed off-the-record to Nunatsiaq News that employees were notified of the deli’s closure last week.

No official closing date for the restaurant has been provided, and it was business as usual as of Feb. 6.

The deli—located on the first floor if the Igluvut Building in downtown Iqaluit— provides take out sandwich and soup options as well as daily “hot lunch” specials.

The restaurant employs four full-time and two part-time employees—all but one of whom are Inuit.

Qikiqtaaluk Corp, the deli’s parent company, which has its office in the same building, offered no details as to why the deli is closing and when.

The company did not respond to repeated Nunatsiaq News requests for information by our publication time.

The closure of the deli comes two months after a CBC investigation reported serious food-handling violations found by Nunavut food inspectors in 2014 and 2015.

The CBC cited reports acquired through an access-to-information request through the Government of Nunavut.

The CBC report noted that the deli was also written up by food inspectors in January 2016, but that report contained “none of the more serious issues noted previously.”

In a response to the CBC report, QC vice president Peter Keenainak said the deli had received positive reports since 2016 following its commitment to food inspectors to improve on-the-job safety and food handling.

QC did not provide its latest inspection reports, saying it wasn’t a public document, according to the CBC article.